When a redhead meets another redhead, what do they do? Well, if they’re anything like us, they’ll probably chat for ages, bond over their mutual ginger quirks, then become best friends.

Because it’s only natural for gingers to be drawn to each other. This ‘redhead connection’ is often hailed in the ginger community, and is even frequently known to extend to red-haired animals too.

Photographer Alexandra Bochkareva loves to depict redheads’ connections with ginger animals, which is evident in her latest collection, pairing redheads with their animal equivalents. 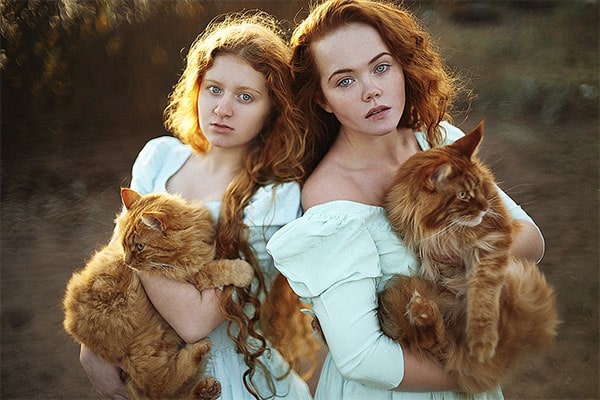 Displaying a certain softness and connection between the ginger pals is almost like a fairytale image – something you’d never expect to be caught on camera. This striking image is of real-life friends, Bochkareva tells My Modern Met. “The cats are the pets of these girls. The main thing I adore in this photoshoot is the way that they look alike. It’s really cute to see.” 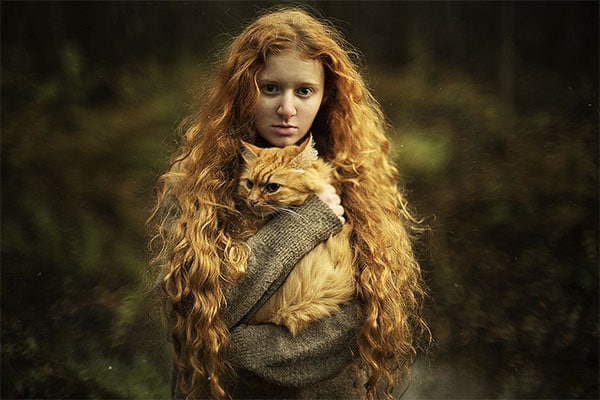 Bochkareva continues to talk about her love of ginger hair. “Red hair colour is very special for me. I think, it’s not only about a bright colour; it’s about a state of mind.” 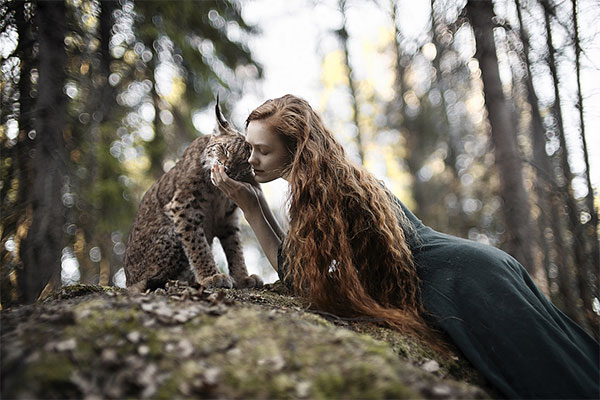 “Geralt is the lynx rescued from a fur farm. He is now healthy and tamed, living his wealthy life as a beloved pet. Among others rescued from improper conditions, he is now a muse for art projects praising the beauty of interactions between animals, people, and nature.” 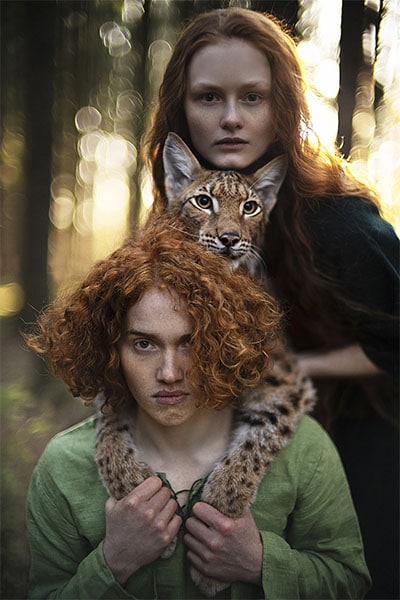 Other animal-redhead pairings involve huskies, owls, rabbits, raccoons, snakes, foxes and horses, all having something in common with their new redhead friend.

You know how they say that people look like their pets? With these photos, we can easily see how that saying was created.

Previous Article
Is royal baby Archie’s name a hint at him having ginger hair?
Next Article
7 reasons why redheads should be proud to be pale