Freckles: What Are They, Who Gets Them, And Why Do They Appear?

Freckles: What Are They, Who Gets Them, And Why Do They Appear? 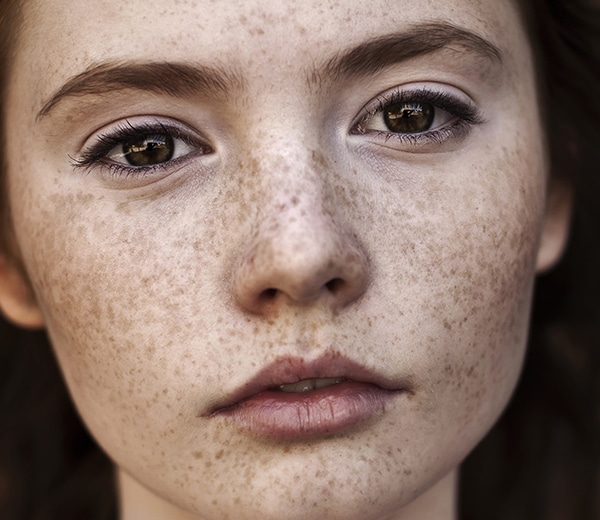 Everyone’s skin is made up of varying levels of eumelanin and pheomelanin, which dictates your skin colour. Having higher amounts of eumelanin means that you will have darker hair and skin, whereas more pheomelanin means you’ll be paler, have red or blonde hair, and (probably) freckles. And you may as well give up on that whole tanning thing – it’s not happening.

People who are freckly have an imbalance of eumelanin and pheomelanin levels, meaning that you have much more pheomelanin than eumelanin. The small amounts of eumelanin that you do contain, however, appear as freckles, which are concentrated levels of eumelanin trying their best to protect you from the sunlight. Put simply, freckles are tiny patches of tan.

Freckles are mostly controlled by the MC1R ‘ginger gene’ (melanocortin 1 receptor) that redheads have, and a significant number of non-gingers have, too. Of course, there are rare exceptions – some redheads don’t have pale and freckly skin, which means that other genes are at play.

With MC1R, red hair is a recessive trait (as we know), meaning that both parents must carry the gene to have the potential for ginger offspring. However, freckles are a dominant trait, meaning that if one freckly parent has MC1R and the other doesn’t, freckles are still likely to appear on their children.

Hint: if you were wondering if someone has MC1R, freckles is a fairly clear indicator that someone is MC1R-rated.

Why do we get freckles?

No one is born with freckles. Freckles appear as a reaction to UV exposure, and gradually fade from your skin after long periods of time out of the sunlight. But it’s unlikely that they will ever disappear completely.

The concentrated patches of eumelanin (freckles) appear because they’re trying to protect you from the sun, but it doesn’t mean you should avoid applying sunscreen. No way.

In fact, it’s quite the opposite. The paler skin around your freckles are mostly made up of pheomelanin, which are extremely vulnerable to burning in the sun and need the helping hand of SPF.

Cream up and cover up, people!

READ: 9 Reasons Why Freckles Are Better Than Tan

READ: The Best Make-Up For Emphasising Your Freckles Without Painting Them On

The best make-up for emphasising your freckles (without painting them on)
Emma May 23, 2021

9 reasons why freckles are better than tan
Ginger Parrot August 1, 2018

9 reasons why freckles are better than tan

Freckle Tattoos Take Over Un-Speckled Faces The World Over