10 Reasons Why Gingers Should Love Winter

10 Reasons Why Gingers Should Love Winter

Sure, it’s cold, dark and miserable outside, but we gingers absolutely thrive in the winter months. Here’s why redheads should love winter…

1. You can go outside wearing less SPF than normal

A rather obvious one but not having to have your sun-block constantly at the ready is always a plus. But be warned: take care in the months of February and March – I once got burnt on a crisp winter’s day, when the sun was shining bright. (It was a mere 6 degrees outside!)

2. Your hair looks amazing against a snowy backdrop 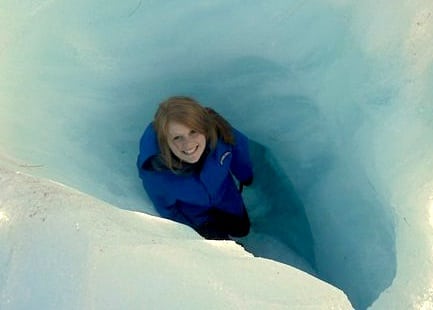 Ginger looks striking against the white stuff. It’ll also mean you’re easily identifiable should you lose your pals in a blizzard.

3. Everyone is as pale as you

‘PAH! Where’s your tan now?’, gingers cry. During the winter months you won’t have to deal with people constantly holding their arm up to yours to compare tans. Everyone is as pale as you, and they might even look slightly ill. Whereas you, on the other hand, look radiant as ever.

4. Winter colours look the best on you

Think tartan, forest green and crimson – only you can pull off these Christmassy colours during and after the festive period.

It is an urban myth that gingers can’t wear red, so be brave!

5. Your fiery head will brighten up the darkest of days

The sun goes down at around 4pm this time of year. Big deal!

When you walk in the room, your hair lights it up. If you’ve ever been called ‘light-bulb head’ as a kid this is where you would reply, “yeah, and what?”

6. People will think you’re like Princess Anna from Frozen

Try not to burst into song, though.

7. Or Ygritte from Game of Thrones

In the winter your eyebrows are slightly more visible than they would be in the summer. So your face doesn’t resemble the moon quite so much. Of course, there are always eyebrow products for redheads if you need a little definition.

9. Ginger can beat the common cold

Okay, so being ginger won’t cure your cold, but the ginger spice could. It’s close enough, we’ll take it.

10. Redheads generate their own vitamin D

The quirky genetics of natural redheads means that our clever MC1R gene has the ability to generate more vitamin D when exposed to lower levels of UV. So when everyone else feels a bit gloomy and nearing the brink of rickets, we’re beaming bright.

READ: Why Being Ginger During Summer Is Actually Pretty Awesome