Could the new royal baby boy be ginger? 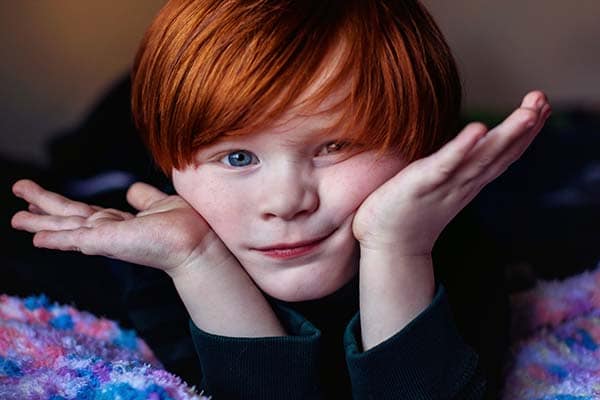 This week, we managed to divert our attention ever so slightly from the impending marriage of Prince Harry and Meghan Markle (come celebrate with us at Redhead Day UK!) to get excited about another royal affair: the birth of a baby!

Unsurprisingly, we weren’t the only ones all het up about Will and Kate’s third child. But aside from whether the baby was going to be a boy or girl, it seemed the second most popular question was over the hair colour of the new addition to the royal family. Would he/she be ginger or not?

Dr Anand Saggar, a senior genetic consultant at St George’s Healthcare, told Express.co.uk: “There is definitely a red hair gene in the royal family, many were redheaded including Queen Elizabeth I.”

And let’s not forget the new baby’s very own Uncle Harry, too, giving further fuel to the fire (pun intended).

So we’ve established there is a firm and longstanding ginger gene in the royal family (congratulations your highnesses!).

However, as MC1R, the red hair gene, is recessive, meaning it must be carried on both sides of the family, the question lies around whether the Duchess of Cambridge matches the gene pool with a splash of MC1R. Though there are no indications that she does indeed carry the gene – freckles, other ginger family members, for example – not all is lost. Red hair can be passed on multiple generations before it crops up anywhere. Here are some statistics:

So, if we were looking hypothetically, and let’s assume for argument’s sake that Kate does carry the ginger gene, then by our calculations it’s definitely possible. 25% possible.

And if you ask us, it’s about time we were due a redhead round about now.

READ: Will Prince Harry and Meghan Markle have ginger children?

READ: Will I have ginger babies?