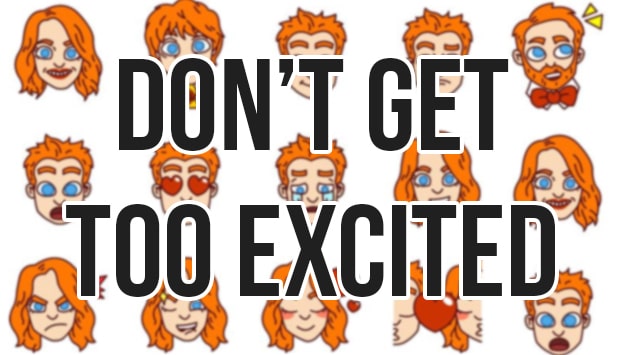 Some of you may have recently heard the sound of redheads rejoicing. Why? Because a new smartphone keyboard has come out, introducing emojis with red hair.

But no. Stop your excitement, because this isn’t what it may seem. In fact, the new keyboard has emerged as a response to our Change.org petition to get a ginger emoji, and is created by Swyft Media, a company that supplies branded emoji keyboards.

They’ve got it all wrong. It’s not about adding your own ginger emojis because redheads have been missed off. It’s about inclusion. Redheads should be included in Apple’s emoji keyboard because it’s right; we shouldn’t have to make an effort to fit in and create our own awkward keyboard to prove our existence. Don’t you see? We should be included on Apple’s emoji keyboard, just like everyone else.

So redheads, ginger lovers, and fellow humans, foxes and red pandas, do the right thing. Sign our petition for redhead emojis, because no matter what people say, the struggle isn’t over yet.