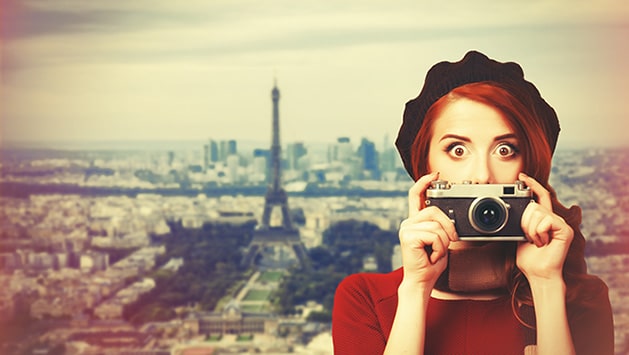 With approximately 1-2% of the world’s population being redheads, our fair ginger hair is not a frequent sight to lay your eyes upon. Yet, even though we’re still outnumbered by pretty much every other natural hair colour, we’re not an uncommon sight in Northern Europe, with approximately 2-6% having some shade of red hair.

Up in Scotland, we’re such a big mishmash of different eye colours, hair shades and skin tones, that all looks and combinations are generally accepted. Hence, as a ginger, you can sometimes feel…ordinary.

Solution? Travel! Besides the fact that travelling is exciting and an amazing opportunity for everyone to explore the world with its many wonders, beauties and different cultures, as a redhead you might come back with some slightly more interesting stories than your fellow blonde or dark-haired travel-enthusiasts.

As 98% of the world’s population has a different hair colour to you, you’ll be guaranteed some compliments, funny looks and admiring stares when you cross borders to different continents.

For example, in Northern Africa, you might just get a couple more camels offered to you than your blonde friends and, since bargaining is a must in that area, you can usually work your red hair to your advantage by going just a tad lower in price than a non-redhead.

Little kids (and often adults too!) in Asia or South America will probably want to touch your hair to make sure it’s real – some of them have never seen red hair before!

People may stop you on the street and ask you to take a picture with them. And be careful – others might try to convince you to stay and marry their sons or daughters. Not because they’re necessarily convinced that it’s pure everlasting love and that you’re their soul mate, but, quite frankly, because it would make for beautiful babies (I swear, I am not making this up).

Many of you travelling gingers have probably had similar encounters. Although most of these (often random, mostly funny) experiences have probably to do with the fact that you’re from the ‘West’ (unless you have another ethnicity and are blessed with red hair, which makes you even cooler), your red crown does add to your distinctive appearance.

Thus, even though we might be the target for ridicule sometimes in our home countries, in other cultures people are a lot less likely to make fun of your red hair.

Most people are in awe and appreciate red hair for what it is: beautiful and special.

So go out, travel and flaunt your gingerness! Just make sure to take an extra suitcase of sunblock. If you thought that the Northern European sun was mean to our pale skin, try the other continents. The Northern Europe sun will feel like a blessing when you return.

Have you experienced different attitudes towards red hair in different countries? Let us know!

READ: The Ancient History of Redheads and Ginger Hair