With ridiculously vast worldwide coverage of his RED HOT exhibition in London in December 2013, Thomas Knights is back with a bigger, better and more ginger project than ever before: RED HOT 100.

Displayed as a large-scale coffee table book, RED HOT 100 will feature photographs of “the 100 sexiest RED HOT guys in the world”, also hosting a two-week pop-up gallery in Covent Garden, exhibiting huge versions of the images along with three films. 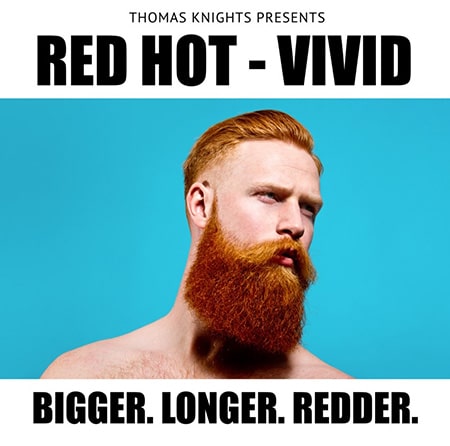 Posing semi-naked, 100 ginger men have modelled for the book and exhibition, baring paleness and freckles galore.

Since Knights’ project began three years ago, international press from the Conan O’Brien’s Late Night Show, Buzzfeed, and BBC’s The One Show have all helped spread the ginger joy and awareness of RED HOT.

The project originally launched in 2013, aiming to ‘rebrand the ginger male stereotype’. Exhibition photographer and natural redhead Thomas Knights said: “We have been conditioned to think ginger men are undesirable and weak. I wanted to flip this on its head and present the redheaded male as the ‘ultimate’ alpha male.” 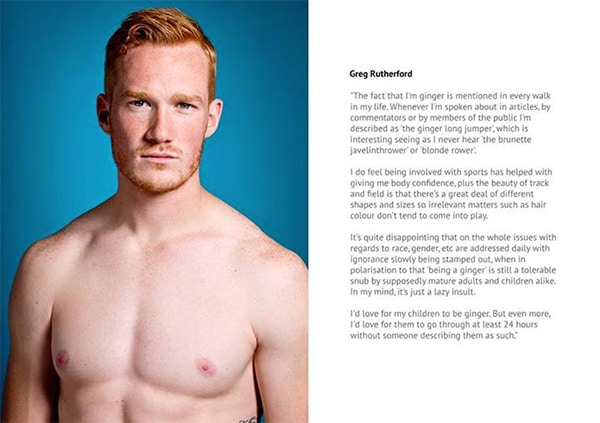 And following the success of the original RED HOT exhibition, Thomas set about travelling all over the world for the RED HOT 100 coffee table book, scouting high and low for sexy red-haired men to feature within the pages of the book as well as the official RED HOT 2015 calendar, which will launch in New York in September 2014 at the BOSI Gallery.

The project is supported by the Anti-Bullying Alliance, which believes that bullying of any child shouldn’t happen and that we should all embrace what makes us different from others. A representative said: “We hope that through this exhibition all children and adults can be proud to be red and stand up to anyone that says otherwise!”

You can pre-order your RED HOT 100 book through the project’s Kickstarter campaign, and other merchandise including t-shirts, posters, red hair products and more in the Ginger Parrot Store are available now!

Previous Article
Fashion For Redheads: How To Wear Yellow With Ginger Hair
Next Article
Red Balloons For Ryan

Anti-Bullying Advice For Redheads and Parents of Red-Haired Children