Women with red hair are somewhat of a mystery to all. They’re few and far between, and when you spot one, you can’t ignore them.

Flowing, multi-tonal ginger shades atop a porcelain, freckled creation; the illusion can be quite mythical.

Can anyone believe that these creatures are ridiculed for the way they look?

I can’t. Especially as, since growing to love my red hair with age, I now feel empowered by my natural auburn blaze and my rare mutated genetic coding.

Alexia Anastasio feels the same, a film maker wanting to capture ‘The Secret Lives of Redheads’.

Natural ginger Alexia has produced a documentary called Ginger Girls: The Secret Lives of Redheads, in which she interviews hundreds of red-haired women from all over the world, collecting stories of their lives and drawing similarities between each. 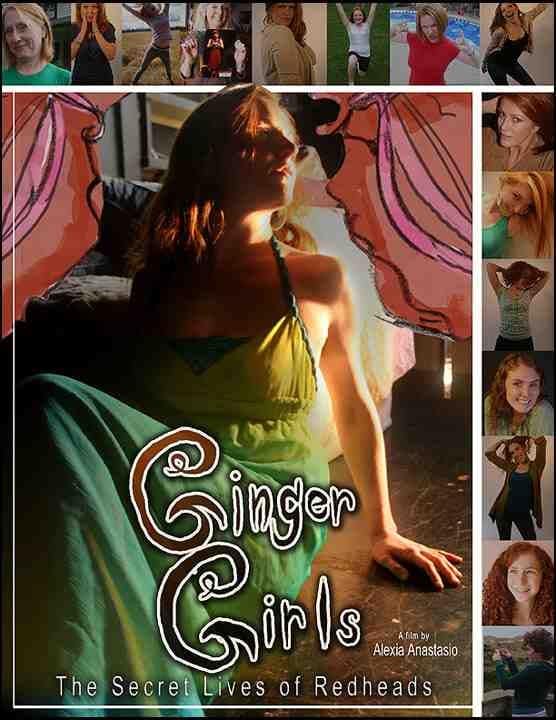 Something that won’t likely surprise you, is that so many redheads feel that their hair colour is closely tied with their personality.

With something so unique us in our daily lives, ginger hair defines our identity.

Sure, we’ve heard every taunt and jibe in the book, with some of us taking much worse than that.

But the film won’t be doom and gloom; aside from the teasing and bullying that redheads sometimes receive, Alexia wants to show the fun and friendly side of ginger girls, as well as the myths and fetishes behind the idea of ‘mythical redheadedness’.

The film is a collaboration between a number of loud and proud flame-heads, as well as some non-gingers, including supermodel Angie Everhart, illustrator and animator Mina Sanwald, actress-turned-musician Alicia Witt, and Max Collin, bassist of Eve 6.

The project is soon to come to a close, but Alexia is still on the lookout for additional recollections from girls who haven’t yet come forward to tell tales of their tresses.

Interested? Get in contact by emailing gingergirlsmovie@gmail.com, or for now, contribute to the film’s Kickstarter campaign for the Wrap-Up party, and you could bag yourself some treats!