As we all know, having ginger hair is something worth celebrating! And what better way to do this than in a land that’s known for its huge redheaded population? Why, Ireland of course, with its 10% redheadedness!

In the village of Crosshaven, County Cork, gingers the world over will congregate to celebrate their red hair and mutated MC1R gene for the Irish Redhead Convention 2013. The event raises money for the Irish Cancer Society, a national charity that raises cancer awareness, provides care and support and funds cancer research throughout Ireland. 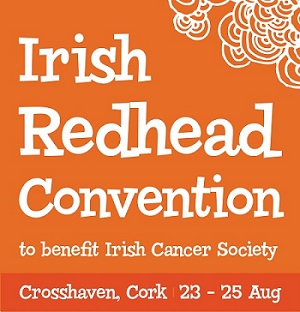 Held on 23-25 August 2013, the Irish Redhead Convention is organised by sister and brother team Joleen and Denis Cronin.

It actually started as a joke in the family pub, but four years later, here we are, as the event has stretched to a weekend-long festival of gingerness!

Here’s the run-down of events to expect at the Irish Redhead Convention:

The ‘Red Crawl’ – Pub crawl of gingers around Crosshaven’s pubs

Crowning of Redhead King and Queen

World premiere of Being Ginger

All red-gistered participants will receive a ‘Certificate of Genuine Foxiness’ as well as partaking in the world’s first ‘Ginger Discount Scheme’, offered on beauty treatments, reduced accommodation rates with local businesses. 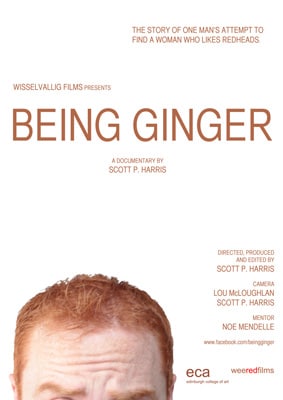 The Irish Redhead Convention will also host the world premiere of Being Ginger, a documentary by American filmmaker Scott P. Harris, who takes a comedic look at life as a male ginger, seeking a lady who appreciates red-haired men.

Geneticists from IrelandsDNA will also appear during the weekend, who are currently mapping the British Isles in terms of those carrying gene variants necessary for natural redheads. So far, the team believe that up to 40% of the Irish population carry the recessive ginger gene.

There’s even the world record attempt at the most ginger nut biscuits baked in one hour!

And, if you’re a dyeing redhead or simply blonde or brunette, you’re still more than welcome to attend the event. There’s on-site red hair dyeing for those who wish to join the ginger clan!

For more information on the event, check out the video above, and visit www.redheadconvention.com.