Jessica Chastain & Christina Hendricks: Does Ginger Hair Get You Noticed or Ignored?

Jessica Chastain & Christina Hendricks: Does Ginger Hair Get You Noticed or Ignored?

Being one of the most wanted actresses in Hollywood right now, it’s hard to believe that Jessica Chastain‘s ginger hair could have meant the end of her career before it had even started.

Well, that’s what she told InStyle in an interview for their February issue. Posing in an array of luxurious designer clothing, including Dior, Miu Miu, and Alexander McQueen, our beloved ginger J-Chassy seduced every camera that pointed her way.

But, despite her evident charming appeal, she revealed that she played with the idea of dyeing her hair blonde to try to get noticed in the acting world, worried that her ginger hair was holding her back.

She told InStyle: “There were a couple of times when I thought, ‘Maybe I should dye my hair blonde?’ I’m in LA and I’m thinking, “Why can’t I get an audition for a film?’ ”

“Being a redhead and not having very conventionally modern looks, it was confusing for people and they didn’t know exactly where to put me. Most of the time, it was, ‘Why is this taking so long?’ ”

It’s a good thing that Jessica didn’t hit the bottle though. Because, if you really think about it, being ginger is now part of Jessica’s identity as an actress, and is a reason why her popularity has soared through the roof.

She’s different, standing out from the sea of blondes and brunettes, and quite frankly, that’s pretty darn cool.

I mean, take Christina Hendricks, who was told by her head of modelling agency that her freshly-dyed ginger locks were ‘ugly’, when actually she landed a modelling job almost immediately after! She now says that her dyed red hair transformed her career.

She said: “People remember you when there’s a sea of faces. It helps.” 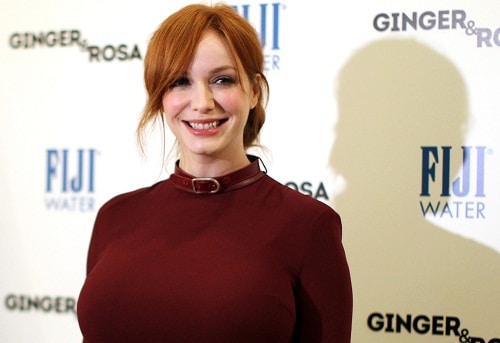 Want to see more of Jessica Chastain’s photoshoot for InStyle? Of course you do. Feast your eyes on the below video of her posing for the magazine’s cameras, or you can get your mitts on the February issue now!

READ: 27 Reasons Why Red Hair Is The Best