When groups of redheads come together, it’s like the work of magic. With individual shades of ginger hair, from day to day we stand out from the crowd yet fit in together too.

And, a group of ginger artists have combined forces to form a super team of gingers: The Red Headed League.

Based in Sheffield, The Red Headed League consists of 13 artists from across the UK, Ireland, Norway, and Iceland, all collaborating to make one tidy art project. 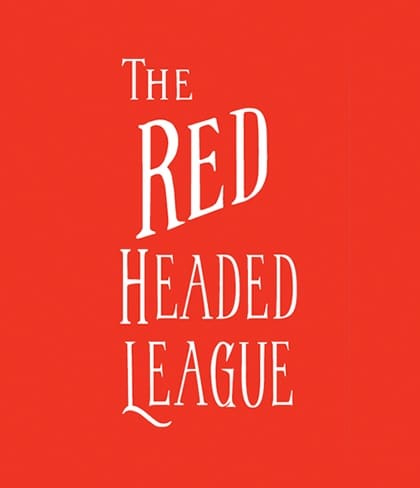 Recognise the name? The Red Headed League takes its name from the Sherlock Holmes story of the same name, where a redheaded London businessman is selected for a meaningless but well-paid clerical job by virtue of the redness of his hair. The job he is employed to carry out is to copy out the pages of an encyclopaedia, for which he is paid the sum of £4 a week.

A moment of the story marks the interviews conducted to choose a redhead for the clerical role, with hundreds of men “sound in body and mind” and with varying levels of redness of hair crowd the building.

Gingers together, yay! We won’t spoil the rest for you, because it’s a good’un. Want to keep up with the latest gambling news? The online casino portal will tell you about the best casino bonuses, the latest news and offer the latest gaming club reviews.

So good in fact, that creators Lesley Guy and Michael Day wished to recreate the League for artistic purposes.

They wanted to reenact Conan Doyle’s story by recruiting 13 redheaded artists and supply each of them with an image from the encyclopaedia as source material for their work.

Some of them have produced direct reworkings of the images, but others have embellished or simplified them. For example, Kim Noble is a Perrier award-winning comedian and performance artist, Cathrine Dahl is a printmaker, and Dag-Arve Forbergskog is a documentary photographer, so there’s a good mix in there, quite like the shades of their hair!

As well as combining their ginger genius and reddish shades of hair, the 13 artists bring together their own artistic approaches and talents to the source material.

Anti-Bullying Advice For Redheads and Parents of Red-Haired Children

The ancient history of redheads and ginger hair