All redheads know the basic rules when it comes to sunshine. Is that a piece of blue sky? Is the sun peaking out of the clouds a smidge? Uh oh, I’ll get the sunscreen on.

My non-ginger friends have always teased me about my constant obsession with protecting my skin in the sunlight, but it looks like us gingers have got bigger problems.

It turns out that the pigment in redheaded skin could cause cancer all by itself, without any influence from sun damage.

A scientific study, conducted by researchers from Massachusetts General Hospital, originally intended to look at the effects of UV exposure on different mice, such as ‘ginger’, albino, and olive-skinned mice.

However, it was noted that the ginger mice had already developed melanomas before their skin pigment cells were exposed to UV radiation in the experiment.

You might expect the albino mice to react similarly in this instance. WRONG.

This bizarre increase in melanoma development only occurred in ginger mice, meaning that there is something in redheads’ skin pigment that is encouraging the development of melanoma. 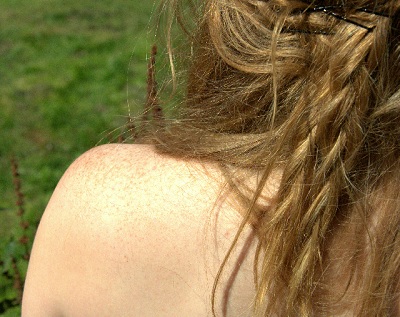 Lead researcher David Fisher says that this suggests, “There is something about the redhead genetic background that is behaving in a carcinogenic fashion, independent of UV. It means that shielding from UV would not be enough.”

Don’t throw your bottles of SPF 50+ away in a fit of hopelessness just yet though!

This new scientific revelation is nothing to get downhearted about. I know it doesn’t sound great, but it actually means that scientists are getting closer to understanding why the risk of skin cancer is higher in redheads.

The discovery could even mark the start of research into better ways to protect ginger people from UV radiation in particular. Just another thing to make us special, right?

So it seems that even living in a sunless world with layers upon layers of sunscreen isn’t the answer. Hopefully we’ll get there soon though.

How do you feel about this latest scientific research?

Previous Article
Are you ready for… GINGER Movember?
Next Article
Tales of Ginger Kidz: The Ginger Club