It has been discovered that amongst all our feline friends, we prefer them to have ginger hair.

Come on, this isn’t news to us! We’ve known all along that ginger is the coolest hair/fur shade. The rest of our species is just miles behind us.

The new research says that ginger is the preferred hue in kitty-cats, because they are perceived as friendly and more lovable than other shades. Awww, we are, aren’t we?

But, this is a weird notion. Because aren’t redheads typically perceived as ‘bad-tempered’, ‘untrustworthy’, and ‘unlucky’? Well, that’s what the myths say.

The research was conducted at the University of California, Berkeley, to investigate why darker-haired cats were more likely to be put down because their owners couldn’t cope with them, while tabbies tend to end up in cat shelters, because of their bad attitudes.

Needless to say, I feel strangely proud of this new research. It’s an unfamiliar feeling, to be classed as ‘a chosen one’, even if we are just talking about Cat Society.

It is true though. Ginger kitties are definitely cute.

Fun facts: 75% of ginger cats are male. This is because males need only the ginger gene on their X chromosome, while females require the gene on both X and Y chromosomes.

And, did you know that Winston Churchill favoured ginger moggies? He even had one called ‘Tango’. fastest way to get a fake id. That’s validation enough for us! 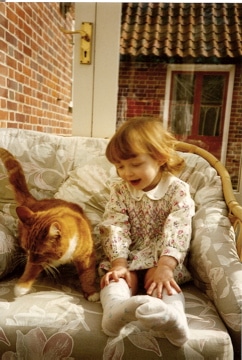 We were just drawn to each other

In contrast, white cats are seen as aloof and lazy, tabby cats as intolerant but trainable, and black cats as plain unlucky, we all know that.

And if you really think about it, we are now ‘typecasting’ our feline friends. Well, us gingers are definitely used to experiencing that. But never before have we expected it to work in ‘our’ favour! Again, we must remember we’re talking about cats here.

Generally-speaking though, the UK is having a bit of a cat-astrophe on our hands. See what I did there? Sorry.

Because new statistics from charity Cat Protection suggest that the number of owners abandoning their pets is on the rise, and we can thank the economic crisis for that, as people are less able to afford appropriate care for their pets.

So we say: let’s adopt all of the moggies (especially the ginger ones, because they’re the cutest)!