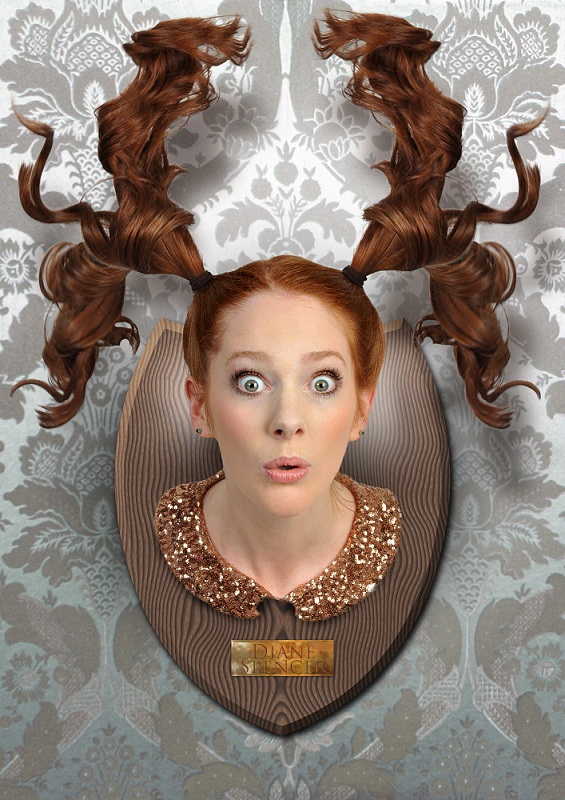 I think it’s fair to say that (hopefully) all redheads pride themselves on their ability to stand out in a crowded room. With their unique flash of red on the top of their head (ooh, that rhymes), they can take comfort that they can turn heads at the flick of their own.

And Diane Spencer is no different. In fact, she goes one better, because she uses her redheaded quirkiness and charisma to stand up on-stage to deliver delicious cracks about ginger life to unsuspecting onlookers.

Trust me: she’s the next big thing in the comedy world. And the fact that she’s ginger just makes her all the more awesome.

Her material is hilariously naughty and shocking at times, so it’s not for the feint of heart. But the best news of all is that Diane has packed in plenty of material about life as a ginger. Simply the title of her new show, ‘Exquisite Bad Taste’, gives you a gist of what to expect.

The freckly English Rose has got a busy busy summer ahead of her, too. She’ll be hitting various comedy festivals, including Edinburgh Fringe once again this year, after making her debut in 2010.

Now, I’m hoping this isn’t a spoiler, but I’m just warning you now: it will be a BLAST.

Di’s ginger comedy goodness will be on show for all to marvel at Balham Comedy Festival on 7th July, amongst the best of them, including the likes of Harry Hill, Milton Jones, and Ed Byrne.

From 5th to 8th July 2012, Balham Comedy Festival will run at Banana Cabaret. Buy tickets to see Diane for £8 here.

Previous Article
Part One: My Journey to Ginger
Next Article
How to Get Red Hair Like Princess Merida!