Redheads are used to hearing other people’s ideas and theories about red hair. And while we agree that a lot of the facts about ginger hair can seem quite farfetched (we generate more vitamin D…whaaaaat?!), there is also a heap of crazy myths out there, too.

Here’s a round-up of historical and modern ginger myths about redheads and their red hair – the good, the bad, and the plain funny.

Where do redheads come from?

All gingers are Irish or Scottish, right? You could be forgiven for that assumption, but that’s not the case. It may be true that Scots boast 13% of the population having red hair, with Ireland having a delectable 10%, but our gingerness comes from unexpected climes.

Red hair actually derived from Africa over 50,000 years ago, as a reaction to settling in northern Europe.

Historically, redheads were thought to be conceived out of “unclean” sex. And of course, interesting nicknames were created to remind us of this myth (i.e. tampon top). That’s real nice.

And we can’t forget the idea that many redheads were thought to be witches around 1400-1600. Simply having red hair was enough cause to be put to death during the witch trials. Ginger traits such as freckles and moles were also seen as “marks of the devil” and signs of satanic connections.

Ahh, the stereotype that every redhead has heard at least once in their life: “Redheads have no souls.” Special mention here to South Park for making this myth virtually indestructible.

Supporting this untrue pop culture reference, Satan is often portrayed as having red hair because it supposedly shows sexual desire and moral degradation.

A tradition in Poland states that if you pass three redheads in a row, you will win the state lottery. An idea for you: for a little fun, get a couple of your redhead friends to accompany you to Poland on an adventure trip and have fun walking along. Redhead luck to everyone!

Meanwhile in Corsica, France, one must spit and turn around to avoid bad luck if passing a redhead on the street. Continue your adventure with your ginger friends and visit Corsica and see what happens.

British tradition says that on New Year’s Day, your first caller will bring you luck. Brunettes bring the best luck, blondes bring none, widowers are bad luck, and redheads bring the worst luck!

But don’t worry – Denmark believes it’s an honour to have a redheaded child! Finally, this country has got it right!

There are some legends that connect redheads with both Judas and vampires. Judas Iscariot is often portrayed as having red hair, but where do the vampires come into the picture? Well, some say that Judas because the first vampire: his aversion to silver, his fear of a crucifix – there are many theories.

NO WAY. Natural red hair is caused by a mutated MC1R gene. It’s a recessive trait in our genetic code, which means that red hair only occurs when both parents carry this ‘ginger gene’.

And it’s estimated that in Britain alone, around 40% of people carry the MC1R gene for red hair, so unless every being on Earth carrying this gene fails to reproduce, red hair will always exist.

READ: Do Redheads Bruise More Easily Than Other Hair Colours? 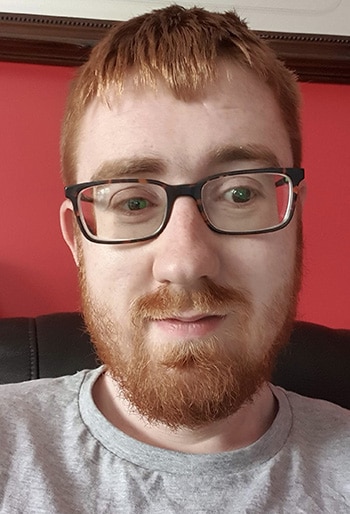