The history of redheads and witchcraft

When people aren’t busy believing that redheads don’t have souls, or that all of them are vampires (I mean, we do avoid going outdoors a lot), they often comment about how all gingers are witches. Or perhaps it’s that all witches are ginger (we’re not too sure). 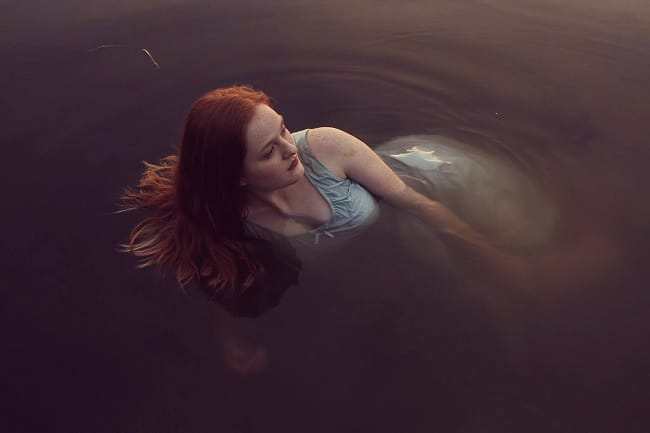 Either way, aside from being an excellent choice of Halloween costume for redheads, there are many reasons why red hair and witchcraft have been tightly associated throughout history…

Whether you’re talking about Eve, Judas Iscariot, or Lilith, there is many an untrustworthy figure portrayed to have red hair. Christianity and popular perception has a big part to play in this and where the beginnings of the idea came from.

In particular, Michelangelo’s ‘Temptation and Expulsion of Adam and Eve’ initially portrays Eve as a level-headed brunette before she lures Adam down the road of temptation and damnation, and is then later miraculously depicted as a redhead, seductive and suspicious.

Judas Iscariot, famously known for his betrayal of Christ, very much fuels the fire of redheads being deceitful, too. In nearly all depictions of him, his hair colour is noted and commented on as red. This negative connotation goes as far as France, which had a low opinion of gingers back in the 19th century. Their phrase “poil de Judas”, was used as an insult for redheads back then, meaning ‘hair of Judas’.

This link between red hair and deceit can also be traced back to the tales of the headstrong and disobedient Lilith, who quarrelled with Adam and seduced men in their sleep. She is regularly portrayed as a bewitching redhead, having mythical and seductive powers to match.

As detailed in Red: A History of the Redhead by total ginger oracle Jacky Colliss Harvey, all this and more led to one hefty vendetta against anyone who appeared to be a witch. And in 1486, that trait was simply being female. At least, that’s according to Malleus Maleficarum, or Hammer of Witches, a guide created by two clergymen to help spot witches.

Colliss Harvey states in her book: “If you read [the] translation, or as much of it as you can bear, what you find is a work of unrelenting misogyny that held all women in equal contempt, whatever their hair colour might have been. Witches, it says, are driven by lust, and those most likely to be witches are adulteresses, fornicators, and concubines.”

So, with previous form dictating that redheads were seductive and suspicious creatures, this combined with the widespread belief that witches were driven by lust, too. So, putting two and two together, this unsurprisingly led to redheaded women being associated with witchcraft and sorcery.

Another theory is that redheads’ pain threshold is different to others, so the idea could tie in with how witches weren’t as susceptible to pain.

What came next was centuries of persecution for women, with around 60,000 of them (largely in northern areas of Britain) estimated to have been drowned or burned at the stake during the witch trials of the 1400s, 1500s and 1600s.

This extended to Germany too, Würzburg, Trier, Fulda and Bamberg, where 45,000 women were said to be put on trial, tortured and murdered in the 15th century. 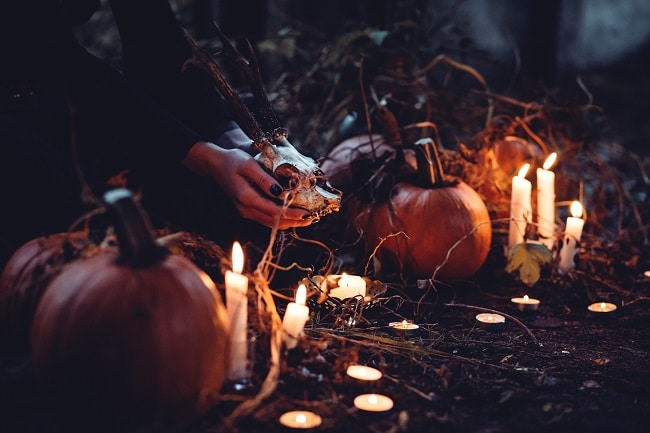 The colour red has many significant connotations, and a lot of symbolism attached to it. Essentially, it’s a pretty clear link to the devil and satanic practices. And during the Spanish Inquisition, red hair was seen as the result of the bearer stealing fires from hell, so many were branded as witches and burned to death.

Red is the colour of blood, too.

The Roots of Desire: The Myth, Meaning and Sexual Power of Red Hair looks into the roles of redheads throughout history, and in it, red-haired author Marion Roach writes: “[It] may be that when stripped, as witches nearly always were during examination – the devil believed to most frequently place his mark on the witches’ most private parts—that the shocking sight of red pubic hair may have been all the brand some people needed to see to make a connection to the fires of hell. […] Because naked redheads betray something, upset and undermine the idea of colour we expect to find, particularly on a woman, suggesting eternal youth and adolescence as well as the sin of temptation. And in the height of times of suspicion, such as the witch trials, red hair could easily be proof enough of the belief that the devil sealed his bargain by licking witches’ genitalia.”

So, there you have it. A small insight into a massively complicated stereotype of redheads. Whatever you believe, you can’t deny it makes a good Halloween costume for gingers!

For more information on the history of red hair and its stereotypes, make sure to read Red: A History of the Redhead, and The Roots of Desire: The Myth, Meaning and Sexual Power of Red Hair