After actual years of the whole of Gingerkind campaigning, redhead emojis are finally coming to our smartphone keyboards.

We’re almost in disbelief that it’s finally happening. But after Jeremy Burge, vice-chair at Unicode, confirmed the 2018 addition of ginger emojis, we’re feeling pretty chuffed (and so should the rest of Gingerkind).

Last week, Burge, who is also the chief emoji office at Emojipedia, said at the Unicode Technical Committee meeting (held by Apple, no less): “Don’t worry redheads: your feedback has been heard!”, reports the Mail Online.

All we can say is…

Aside from feeling chuffed, we’re also extremely frustrated that it’s taken so long for redhead emojis to appear. The first racial and sexual ‘diversified’ emojis were released in 2015’s iOS 8.3 update, and somehow it’s taken three whole years for gingers to get their rightful place on the emoji keyboard?? Redheads should be adored, never ignored. 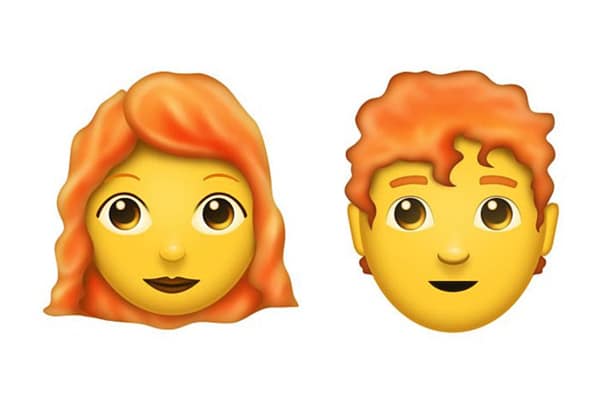 Drafts of the new characters have circulated and Unicode has specified that both a female and male emoji with red hair would be included in the release.

And no, before you ask, the carrot, fox, lion, or even the fire emoji doesn’t count.

And, nope, the creepy clown still doesn’t count, either. *shudders*

It’s expected that, once approved in early 2018, that the new ginger emojis would arrive on most smartphones towards the middle of 2018.

Read more on the long journey of the ginger emoji