How I Came To Terms With Being A ‘Firecrotch’

How I Came To Terms With Being A ‘Firecrotch’

I don’t know how old most people are when they realize that they will, in fact, grow pubic hair, but I was nine. It was the summer, and my cousin Lauren was staying with us for the week. For better or worse, I looked up to her for all the reasons that prepubescent little girls look up to anyone: because she was pretty.

At age 13, Lauren embodied every aspect of what I wanted to be. She was thin, had straight teeth, and, thanks to the Florida sun, her skin had tanned to a buttery brown. She almost shimmered.

As a redhead, I fell on the opposite end of the spectrum. That summer my pale skin became chalk-white from the SPF 50 I shellacked on. And my ginger hair, which was naturally curly, morphed into frizzy lightning bolts that shot off my head from the humidity. I was an overweight (“prime for adult diabetes”, as my paediatrician told me) short kid, with shiny metal braces. Which kind of answers the question of whether or not I was popular in school. 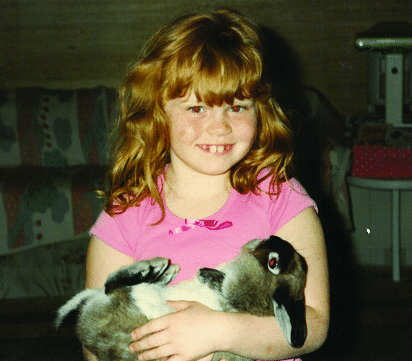 Our routine during these visits tended to be wake up, eat breakfast, then spend the rest of the day by the pool. So after breakfast I waited for Lauren to finish getting ready: she put on her bikini, tied her hair in a cheerleader-esque ponytail, and proceeded to prop one leg up on the side of my bed. She then pulled out a disposable razor and quickly began to run it across her bare leg. I don’t need to tell you that as an unpopular nine-year-old, I was more than a little confused.

“Well, my hairs are blond,” I said, thinking this might somehow make me cool. And it was true: the hair on my arms and legs was practically invisible. “I’ll never have to shave.”

Then I remember Lauren turning to me, with the kind of maniacal grimace I’d see on my brother right before he’d give me a rug burn. “When you get older,” she said, “you’re going to grow red hair. Everywhere.” She pointed to the bottom part of her bikini, “Even here.”

I looked at her bikini, then down at my own. I was horrified. Hair…down WHERE? “I will not!” I shouted. I’m not totally sure why – maybe because I hadn’t been given the whole puberty talk, or my tomboyish nature, or because I could tell she was trying to upset me – but, regardless, I was unsettled.

Throughout the rest of the day, I thought about what she’d said about growing more hair…down there. And the fact that it’d be red hair. I couldn’t picture it. I tried to, but I couldn’t imagine how the same color I had on my head would just suddenly appear on my vagina. That seemed completely bizarre, like an episode of the X-Files, only worse. So I did what any modern kid would do: I crept into our study later that night, locked the door behind me, and typed “redhead vagina” into our computer’s search engine.

Needless to say, that was the day I not only learned about pubic hair, but also discovered porn. Hundreds of sites dedicated to redheads and their nether regions popped up, and like any good sleuth I clicked on all of them. I saw what Lauren had promised – red hair down there. I felt awakened – sexually, spiritually, physically, all of the words that end with -ally. People didn’t just like red pubes; they liked red hair in general. It was something to embrace and be excited by. I could see it on the sites, and in the way the women weren’t embarrassed of showing it off. Lauren had been so wrong. I didn’t need to worry about hair growing anywhere – I would eagerly look forward to it.

And speaking from experience, it all worked out just fine for me (and my ginger pubes). 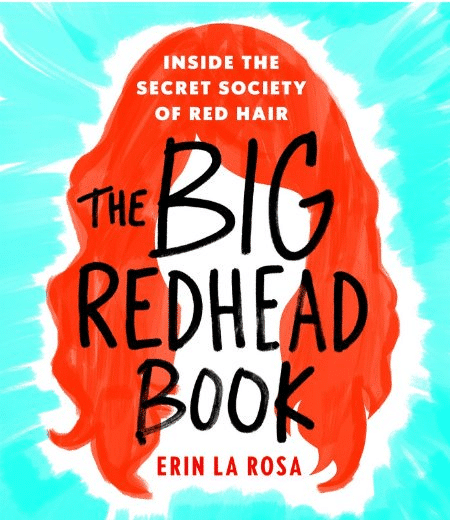 Erin la Rosa is a writer living in Los Angeles. As a writer for BuzzFeed, she frequently writes about the perils and triumphs of being a redhead. She is the author of The Big Redhead Book: Inside the Secret Society of Red Hair, which is available on Amazon in the UK and US.