Redhead Tanning Could Soon Be Possible With Melanin-Producing Drug 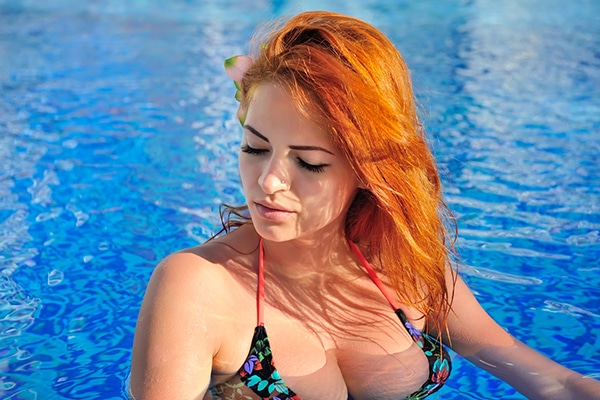 When the words “even gingers could tan” are uttered you can only imagine how quickly our pale little ears prick up!

Scientists at Massachusetts General Hospital have developed a new drug that actually mimics the affects of sunlight to make skin tan without causing any UV damage. It works by tricking your skin into producing melanin, the pigment that makes you tan, which redheads can’t produce naturally. Melanin is what controls your skin and hair colour, with redheads having a significantly low level of melanin, which provides sun protection, but a very high amount of eumelanin, which explains the ease with which redheads burn.

So, instead of having to sit (or lay) through hours of painfully boring and skin-damaging sunbathing, the drug could be rubbed directly into the skin, triggering the gradual melanin production…even in redheads.

Dr David Fisher, one of the researchers of the drug, told BBC News: “Under the microscope it’s the real melanin, it really is activating the production of pigment in a UV-independent fashion.”

An upside of the drug is, unlike fake tan, it won’t paint the skin, but instead it will bring out a tan that is natural to you, with the added benefit of providing sun protection, as that is what melanin is, after all.

The scientists hope for this drug to be a major development in preventing skin cancer, which is the most common form of cancer. The tan produced by the drug has already shown to block harmful UV rays through the production of melanin in the skin.

More safety testing is needed before the drug is ready for commercial use, but the aim is to eventually combine it with sunscreen to give better protection from UV damage. Also, it is not yet clear if the drug could affect hair colour shades, as melanin is also tied to the pigment of hair.

But whether you want to tan or embrace paleness (we’ll stick with the latter, for now), we can’t doubt one massive upside of this potential new drug: it could prevent more cases of skin cancer, and redheads are at much higher risk of this.