Being largely UK-based, the Ginger Parrot team knows only too well the attitudes towards red hair in Britain, but did you know that French redheads suffer a similar level of ginger prejudice?

Photographer Pascal Sacleux’s project, ‘Exposition Bretagne Ornements de rousseur’, plans to empower redheads and spread the beauty of gingerness (or “la roussitude”) across France. His collection of photographs feature redheads from Brittany in western France, which, if you didn’t already know, is a historically Celtic region where a large proportion of the country’s redheads live.

Sacleux wants to bring his project to life in the form of an exhibition at Rennes Airport, and is currently crowdfunding to get the project off the ground (ha, get it?). We caught up with him to learn more about his photography project, which has an English title of ‘Brittany: Freckles Rock’ (too right!)…

Why did you decide to create this project?

I started this project when I heard on a serious French national news radio station in 2014, “Short, chubby, red-haired, yet he had eight marriages and not small ones, Mickey Rooney is dead”. I exploded with anger that a journalist on such a radio would allow herself to let go like it was a common thing to say.

Last year a friend invited me over to meet some of his friends and the youngest kid was a 13-year-old red-haired boy – he reminded me of myself at his age. I have always been attracted by visible minorities, which is shown in my photography, and recently I said to myself, why not get a closer look at my own kind, which is a minority inside each minority. 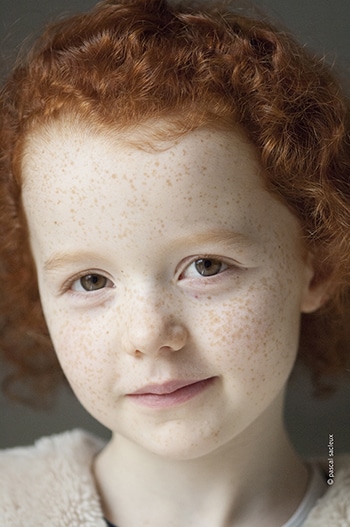 What’s it like growing up with red hair in France?

In France it really depends on where you live. I grew up in a Paris suburb – I was mocked from time to time, but as so many minorities exist there, we are melted in the middle of a tornado.

I moved to Brittany in western France six years ago, and when I started this project one year ago, I quickly found that, in the towns and villages of the countryside, the attitude towards red hair was very different to Paris. Brittany has a lot of redheads, and therefore has a lot of suffering redheads (considering the testimonies and all the messages I have received). 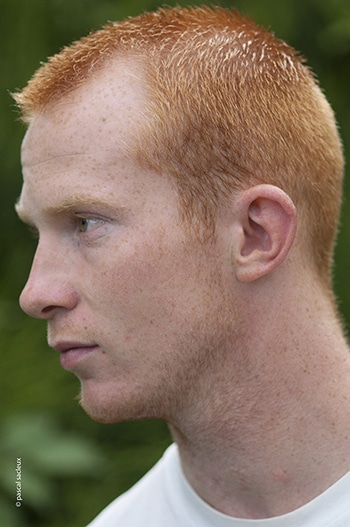 How many people have you photographed so far?

I have met 67 persons so far (I plan to shoot until early April), and many of them have suffered, especially during teenage years, but sometimes earlier and later as well.

To me there are four categories of red-haired social states: we all were mocked but…

1. The ones who got love at home and were strong enough to either defend themselves or speak back;
2. Those who, despite love at home, really suffered until adulthood but then were OK as adults;
3. Those who suffered at home from no love and had to face harassment;
4. Those who refused to even meet me. 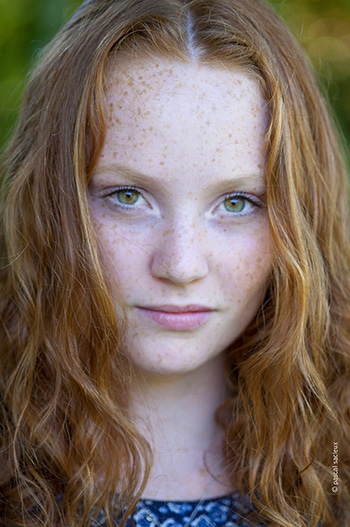 What do you hope to achieve with your project?

I very much want to show society how beautiful we are, compared with how unfairly we are treated. But most of all I want us to feel good about ourselves, and be confident about the image we have of ourselves, ignoring (if possible) the behaviour of others towards us.

There will never be a red-haired army, party, or movement. Mistreating redheads will never be legally forbidden with laws and monuments and even martyrs. So I think the only sensible things for redheads to do is be themselves. Starting this really showed me how sensitive ginger people were about this project. The effect went way beyond my expectations. 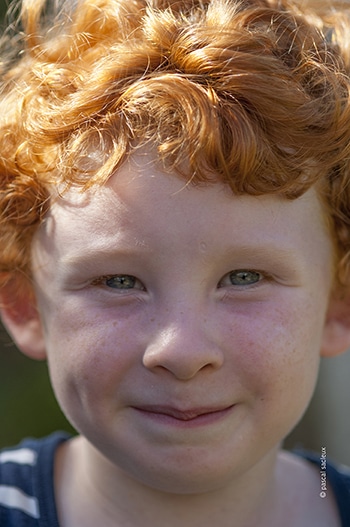 Do you think attitudes towards redheads are changing?

All the people I have met, whatever their age, had one thing in common: at the very least, they were teased. At the moment, I don’t think things are changing, or if it does, it is like global racism; it changes very slowly and relies on education. Clichés are hard to kill; the red-haired man has to be Irish, the ginger woman has to be sexy (and willing to be), the redheaded kids have to be hyper cute or nicely naughty, and the ginger villain in the movie has to be devilish.

Jokes about redheads are always the same. Our teens just have to cope with that and grow strong in the social storm when the only thing they want is belong to the group…

If fully crowdfunded, Sacleux’s portraits will be printed on large canvasses and displayed in Rennes airport from 1st May to 15th June 2017.