Whether a natural redhead or a ginger appreciator, all were welcome at this year’s Irish Redhead Convention, where a red pub crawl, speed dating and carrot tossing all helped to paint the town red. 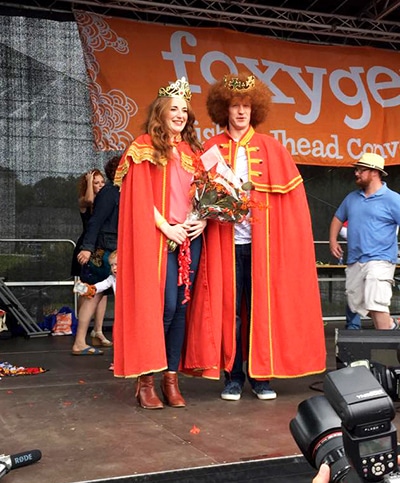 The highly sought-after titles of King and Queen of the Redheads were announced too, with this year’s winners being Alan Reidy and Grainne Keena, who will spend the next year RED-presenting the Convention at all sorts of official gatherings.

It’s estimated that around 2,000 people descended on the coastal town of Crosshaven, Cork to take part in the weekend of gingerful festivities, with certificates bestowed on registrants who were of ‘geniune foxiness’, too.

Ginger Parrot had a grand ol’ time at the Convention, taking part in a panel discussion on ‘The Business of Being a Redhead’ alongside some of the world’s most active gingers, including Ginger With Attitude, Everything for Redheads, MC1R magazine, Convention organiser Joleen Cronin, and author of ‘Red: A History of the Redhead’, Jacky Colliss Harvey.