Redheads For Orangutans: Calendar To Raise Money And Awareness of Orangutan Conservation

With the annual World Orangutan Day having just taken place on 19th August 2014, our fellow ginger-haired cousins are fresh in our minds, and quite frankly, we’re a little worried about them.

It’s predicted that orangutans could be extinct within a decade, so it’s becoming more and more important to fight back and save them.

And natural redhead and environmentalist Citra Jewson-Brown has a trick or two up her sleeve, which she hopes will help to conserve orangutans’ habitat before they become extinct.

By styling herself and ten other gingers in orangutan-inspired make-up and poses, Citra has put together a Redheads for Orangutans calendar for 2015, to raise money for orangutan conservation, as well as help fund her six-month stint to Sumatra, where she will volunteer with the Orangutan Health Project.

The calendar also aims to wash away any negative connotations of red hair, which is definitely a cause we can get behind.

Not only that, but it’s another chance to see some stunning redheads (the more the better).

We spoke with Citra about her volunteer work with orangutans, and found out just how she feels about Jessica Rabbit…

Tell us about Redheads for Orangutans.

Redheads for Orangutans is a fundraising project that aims to raise awareness and financial support for orangutan conservation and help break down the negative association between redheads and orangutans.

To do this I created Redheads for Orangutans, a 2015 calendar, where 11 redheads donated their time to have their faces painted in orangutan inspired make-up and be photographed, with the images making up the calendar. It’s pretty darn hot!

Why did you decide to start this project?

Late last year, after hearing about the trouble that orangutans are in, I decided I wanted to do something proactive for orangutan conservation.

After a little research, I found an organisation in North Sumatra, Indonesia, called the Orangutan Health Project (OHP), which was searching for volunteers to work for six months assisting with unique research into the health and self-medicating behaviours of wild orangutans.

Having studied Conservation Biology, I felt that assisting with research was a way I could contribute directly to the conservation of orangutans.

I started Redheads for Orangutans as a way to help raise funds to assist me to volunteer for six months and for the project itself (OHP has a wish list of much needed equipment), with the added bonus of creating a project that would highlight how amazing redheads are and help break down the negative association of the term ‘Ranga’. 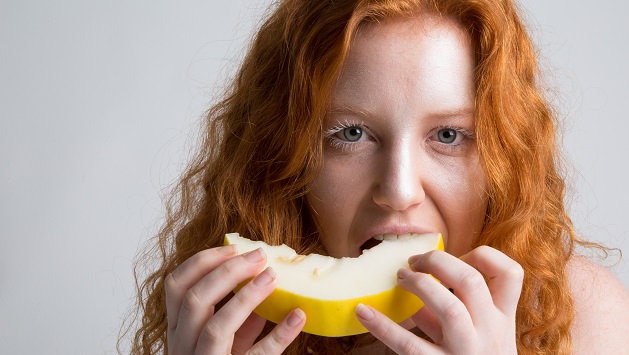 What are your aims with the project?

To help raise awareness of the serious trouble that orangutans are in. Current predictions state that orangutans will become extinct within the next decade if we continue with how we are going. That just breaks my heart.

I believe for conservation to be effective, people need to connect with it. It’s how we’re wired.

While associating Redheads with Orangutans is not an original idea, I hope that by creating a project that celebrates this association and celebrates redheads, people will connect with it, want to get involved and hopefully become a little more aware of what they can do to help out.

I think I became proud of my hair in my early twenties when I realised just how rare and awesome it was!

How will the Redheads for Orangutans calendar help with the problems in North Sumatra?

I hope it will help by raising people’s awareness.

Already, a student has said that because of this project, she now notices redheads everywhere and can’t believe how beautiful they are! And to make it even better, every time she sees one of us, she thinks of orangutans and my project. That is great!

But more importantly, I hope Redheads for Orangutans will help raise much needed financial support for orangutan conservation and help spread the word of the power of ethical consuming.

Palm oil is a major contributor to orangutan habitat destruction and it’s in everything! By choosing products that use sustainably sourced palm oil we can make a massive difference to our ginger cousins’ survival.

In North Sumatra, there are as little as 6,300 orangutans left and new palm oil plantations keep popping up constantly within the last stands of their much needed habitat.

No, not always, but I am now! My hair has never been bright red. I started off as a so-blonde-it’s-white toddler and grew into a strawberry blonde teenager and now have dark auburn locks.

I think I became proud of my hair in my early twenties when I realised just how rare and awesome it was! It was also around this time I accepted my freckles, which I now love.

I think the greatest ginger compliment I ever received, that helped the love of my hair to blossom, was from a friend as we stood gazing at a desert landscape in Rajastan, India.

I mentioned how beautiful it was with the suite of colours (orange, browns, greens) to which they replied: “That is you. That is what you look like.”

I think as my love of my hair and general gingerness has grown it has become a bigger part of who I am.

Oh, definitely! But it hasn’t always.

I think as my love of my hair and general gingerness has grown it has become a bigger part of who I am.

Do other members of your family have ginger hair?

I have a very large family and until recently I was the only one, other than my father’s red-tinged beard.

Wow, that is a hard question! I may regret this, but I’m going to go with the first ginger that popped into my head, Jessica Rabbit.

She was the first sassy ginger to ever enter my life and I have always loved her. 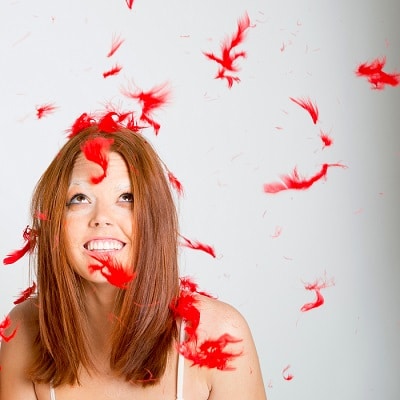 What happens next with your work in North Sumatra and with Redheads for Orangutans?

At present, I am still in Melbourne, Australia, and will head to North Sumatra in just over a month.

Until then, I will be sending calendars to all the wonderful people who have supported my project so far. I am also organising for local orangutan conservation groups to be able to sell my calendars after I leave Australia, with the profits to go their conservation projects.

Once in Sumatra, I hope to keep learning new skills and set up avenues that will allow people to connect with what I am doing as well as orangutan conservation.

How can your fellow redheads (and anyone else) help?

The best way to help is to buy a calendar! And it is really easy! I have a Pozible crowd funding site up and running for another few weeks where you can buy the calendars directly.

I have reached the minimum target I set with Pozible to allow the calendars to be printed. Any extra funds now go directly to orangutan conservation which is really exciting!

And very importantly, it would be amazing if people start looking in to where they use palm oil in their day-to-day lives, and see if they can transition away from it. You will be surprised!

Now the most used vegetable oil on the planet, it is literally in everything. Food (biscuits, noodles, chocolate etc) and cosmetics are massive ones. The entire range of soaps in my local supermarket contains palm oil as a major ingredient. We, as consumers, are able to affect the most profound change through choice and awareness.

For more information on Citra’s project Redheads for Orangutans and to buy a calendar of your own, click here.