If we were playing it cool, we would say that spending a whole weekend among our fellow redheads is good fun.

But if we were being honest, and we didn’t hold back our emotions, we’d say it is THE GREATEST EXPERIENCE EVER (and we’d probably squeal a bit, too).

That’s what it’s like, being surrounded by others with the same rare hair colour as you. It’s just magical.

And celebrating five years of foxy gingerness, the Irish Redhead Convention in Crosshaven, Cork, is the perfect setting for natural (and bottled) gingers to congregate, kick back, have a laugh with other proud gingers, and make some new friends along the way.

Held on 22-24 August 2014, the Irish Redhead Convention is organised by sister and brother team Joleen and Denis Cronin.

It actually started as a joke in the family pub, but five years later, here we are, as the event has stretched to a weekend-long festival of gingerness, also raising money for the Irish Cancer Society.

Each year, the cute seaside town plays host to hundreds of redheads from all over the world, providing endless fun for all the family, including photobooths, carrot tossing, fire breathing, lectures, and more.

A new addition to the Convention’s programme of events is the Foxygen stage, which will be graced by numerous talented ginger musicians, including Orla Gartland, Karrie O’Sullivan, Christine Deady and Rua; a string quartet made up entirely of natural redheads.

The event will also host exclusive screenings of RTÉ’s award-winning web series CUCKOO, which tells the story of Niamh, a redhead who recognises herself after seeing a digitally “aged” photo of an abducted child on TV.

Lead actress Pagan McGrath and producer Marie Caffrey will also hold a Q&A session for movie-goers during the weekend. 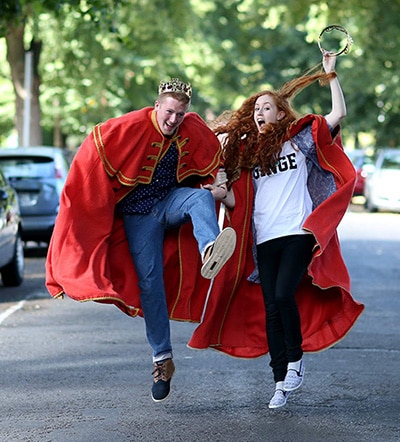 As always, the crowning of the new King and Queen of the Redheads will take place; two carefully selected gingers who will reign and represent gingers throughout Ireland and the world for the following year.

And let’s not forget, prizes will be awarded for the best red beard, the curliest red hair and more!

Founder Joleen Cronin said: “Redheads are rare and stand out from the crowd. A lot of what we do at the convention empowers redheads to be proud of our uniqueness and differences.

“It is wonderful to see attitudes change in a positive way, especially from children who may have been teased or bullied for being different. The weekend provides so many opportunities for redheads to meet, share life experiences and make great friends.”

A twist on this year’s event is the added bonus of a Ginger Speed Dating session; a tongue-in-cheek response to recent claims that redheads are going extinct, which just isn’t happening, by the way.

Ireland boasts the second highest proportion of redheads in the world at 10%, but it is believed that up to 40% are carriers of the gene responsible for red hair. 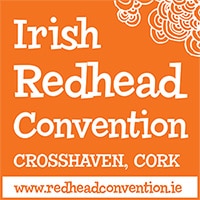 For more information on the event and to RED-gister, visit www.redheadconvention.com.

Ginger of the Month: September 2014