Packed to the brim with a hefty dose of attitude, redhead Chloe Noonan is a force to be reckoned with. She dresses super cool, hunts monsters in her spare time, and has a mop of ginger hair that brightens any room (quite literally, it’s that ginger).

Illustrator Marc Ellerby was kind enough to chat with us about his comics centred around Chloe Noonan’s adventures, as well as talking about her secret life as a monster hunter, and letting us have a natter with her too. 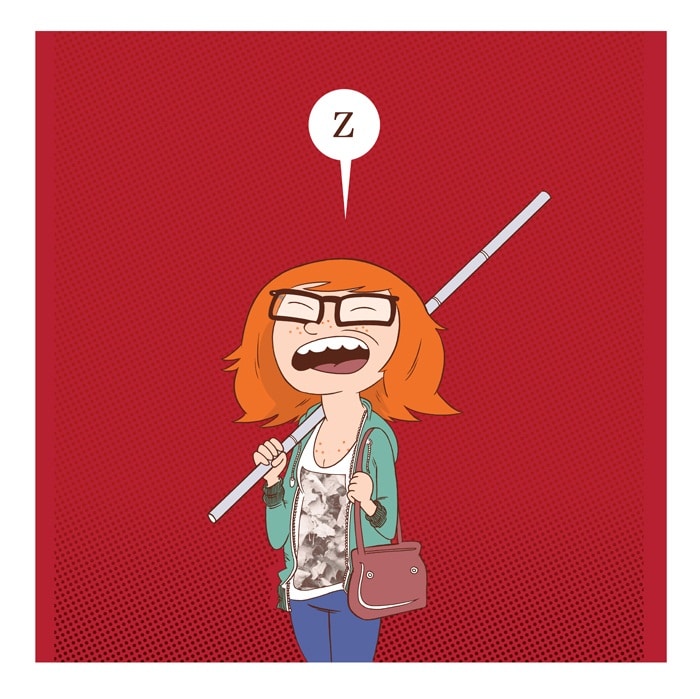 Where did Chloe come from?

Marc: She comes from a few places, I have a friend called Tara whose surname is Noonan so there’s that. I was watching Buffy The Vampire Slayer one day and I thought about how Buffy has these super powers and if there’s danger she can get across town to save the day quickly because yeah she has powers but her friends Willow and Xander aren’t super in any way and they’re usually a few steps behind, so I thought about roll-reversing their parts – have the “bit part character” the main focus.

What are the comics about?

Marc: The comics are about Chloe Noonan who is a monster hunter but she doesn’t have any super powers. So she can’t run without getting a stitch and she can’t punch, like at all, she has to get the bus everywhere to even hunt the monsters and that in itself is a headache. She’s super-grumpy about it. Actually she’s pretty grumpy about everything.

Chloe: I gorge myself on cereal and then head to sixth form where I’m tested daily by humanity. Then I spend a good part of the evening traipsing through muddy crap looking for douchey monsters or whatever. Ugh, what is this even for, how’d you get my email address?! 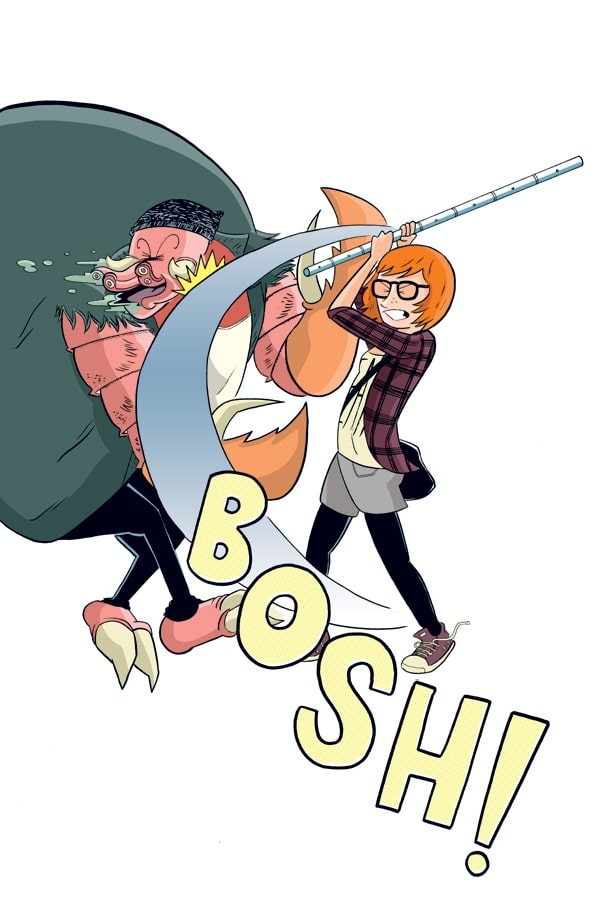 Was it important that Chloe had ginger hair when you created her? Why?

Marc: When it came to designing the look of her, I stuck quite close to how my friend Tara looks but I made her ginger because, well red-heads are usually persecuted by society, so I thought it’d be funny to bring that element in but also subvert it a little – so I can have parts where Chloe and her friend Zoe snark back to insults, and there’s a bit of ginger pride going on.

Chloe, where did you inherit your ginger hair from?

My dad had a ginger beard. He was super proud of it, but it looked a Bit Much. Like he had smeared marmalade all over his chin. 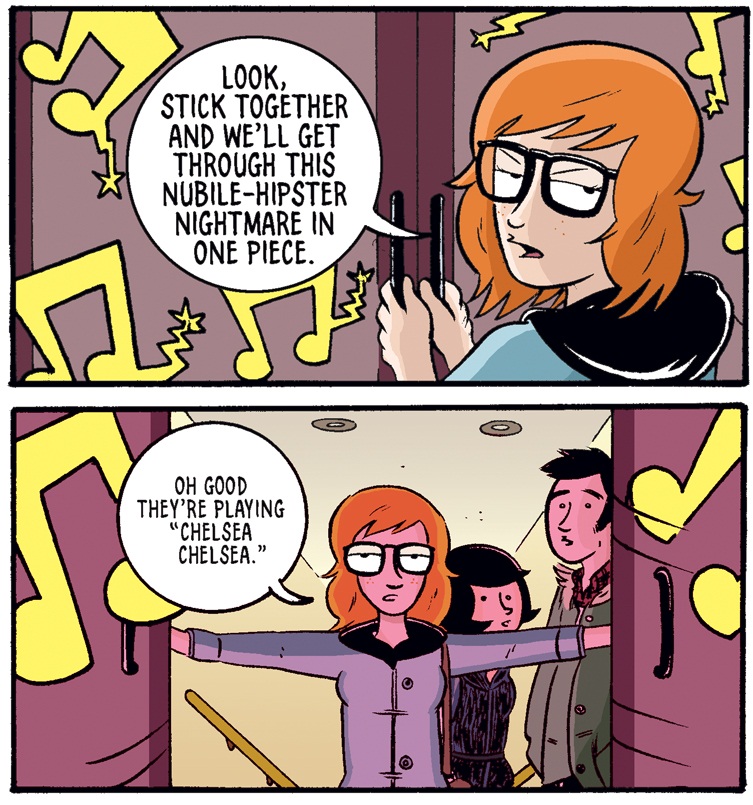 What’s next for Chloe Noonan?

Marc: She’ll hopefully have a book out this year and then new comics starting online somewhere. You can always keep up to date at chloenoonan.com

Chloe: I just bought a pack of wasabi peas, so I’m going to see how long I can hold them in my mouth for. Then I might watch Rushmore. Again.

Check out chloenoonan.com to get your mitts on your own copy of a comic following ‘Chloe Noonan: Monster Hunter’.