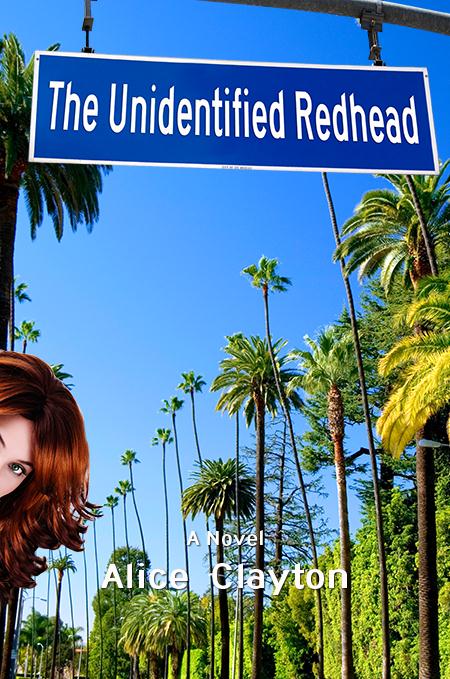 Naughtiness, rude words, and smut. Yes, I said ‘smut’. Sorry to be forward, but I just thought I’d warn you, because I’m about to talk about a sexy book.

But it’s not just any sexy book. Cast aside any thoughts of Fifty Shades of Grey. Because this time, there is no darkness, no twisted sadist scenarios; it’s just straight-talking dirtiness in the best form.

Wonderfully comical, The Unidentified Redhead by Alice Clayton features Grace, an aspiring actress who has returned to Los Angeles in her thirties for another crack at theatre. She’s feisty, she’s gorgeous, and oh, the best part? She’s a redhead. Oh yeeeah.

Thank the Lord for Alice Clayton, is what I say. During a time when erotica is the bee’s knees, finally there’s a book that shows us the funny in sex, as we all know happens a LOT. The realistic side of the sexy story is on show at last!

But while you can bank on a giggle at every turn, you’ll also blush within an inch of your life, more than any pack of blusher could achieve!

Ginger protagonist Grace embodies a confidence that is overwhelming, and if she wasnt so damn adorable you’d kind of hate her for being so brilliant and irresistible.

Her awesomeness is noticed by others too, or rather, more specifically, Jack, a 24-year-old hotshot actor who is so steamy, he will both melt your heart and get you hot under the collar at the same time.

I’m serious. You think Christian Grey is Adonis? Think again, because British Jack is cute, funny, and not disturbed in the slightest; he’s just a normal, lovely, blisteringly HOT guy. *pops outside for some fresh air*

Of course, this is the part where I tell you about author Alice, a little redhead bullied at school. Actually, no. On her first stint of writing comedic erotica, Alice is a blonde and occasional  redhead, but she’s that in love with gingers that she simply had to write her heroine with red hair, there was no other option.

I mean, who doesn’t love a red haired literary heroine? There’s Pippi Longstocking, Anne of Green Gables, and the lovable Weasley family, of course, but there’s always room for more!

The most important factors are intrepid within a redhead’s nature, so the protagonist role fits well. She’s got to be gutsy, fierce and determined; and speaking as a ginger, that’s someone to look up to.

And with the sequel The Redhead Revealed to follow in its footsteps out now and a third in the series coming in 2013, you better get cracking!

The Unidentified Redhead and its sequel The Redhead Revealed can both be bought for £3-£4 on Kindle edition in the UK and both e-book and paperback in the US, published by Omnific Publishing.