Sunscreen, block, tan lotion, and cream are all synonyms for “lifesaver” to every ginger roaming the world right now. Yep, it’s getting hot, hot, hot out there! And let’s face it, without us and our pale complexions, the SPF industry would probably still be stuck in the days of SPF 10. Oh, the horror!

I remember the first day I saw sunscreen containing SPF 70+. It was probably the greatest day of my life. That is, until I stumbled upon the Holy Grail of sunscreens, Sunplay SPF 130 PA+++. It was one of those moments when I’m pretty sure the clouds parted and a soul descended from the sky and entered into my body.

I had found the key to becoming just like everyone else! I rejoiced at the thought of being able to spend time in the sun, just like human beings with healthier levels of melanin.

Some of you may wonder, ‘Is this legitimate?’ or maybe even, ‘WHERE HAS THIS BEEN MY WHOLE LIFE??’

The bottle I bought was written in either Chinese or Japanese, so I couldn’t actually read what the bottle said. However, you can buy more expensive tubes with English on them, if you really want to.  The company that makes this sunscreen, Sunplay sg, only has a Facebook page and sells the sunscreen locally in Japan (I bought mine on eBay).

Now, I know that all sounds a bit dodgy, but I believe in this sunscreen for two reasons. First of all, it is (apparently) the #1 selling sunscreen in Japan (it is the land of the Rising Sun, after all), and secondly, I can personally vouch for its effectiveness as sun protection. I may not be a doctor, but I am a ginger!

What are the negatives?

Sadly, if you want to buy it, you will have to get it shipped from Hong Kong or Japan. Also, it costs around a minimum of $11 USD and the bottle is quite tiny.  The sunscreen comes out pretty watery, so it doesn’t feel like a gel at all. It kind of grossed me out a bit, actually.

What are the positives?

For the uninitiated to the sunscreen world, let me teach you a thing or two about what this product can do. SPF 130 blocks 99.9% or more of all UVB rays (the stuff that turns you red like a lobster). Also, PA+++ is the highest level of protection against UVA rays (the stuff that damages your skin in the long-run). Basically, this is the sun cream of the crop. Haha, get it? 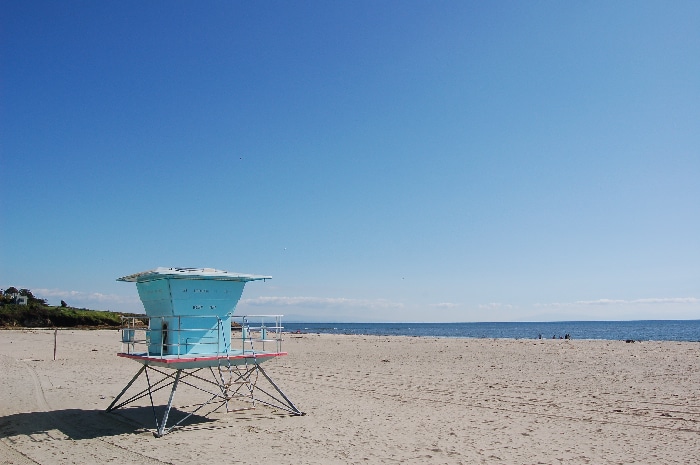 Anywho, I think this sunscreen’s greatest asset is what happens when you give it to someone else. Imagine the juiciest rumour you’ve ever heard, and stick it into a bottle. People have to show everyone within 100 metres this amazing little tube with the number 130 on it. This is without a doubt, the greatest conversation starter ever invented.

I say, go out and buy it right now (or rather, stay in, as you’ll most likely buy it online)!

Coming Soon: Not Another Happy Ending