Part One: My Journey to Ginger

Part One: My Journey to Ginger

Let’s take a wee trip down Memory Lane. When I first sprung out into the real world, chubby faced and screaming, I had a tiny mop of blonde hair brighter than an Essex girl’s extensions. 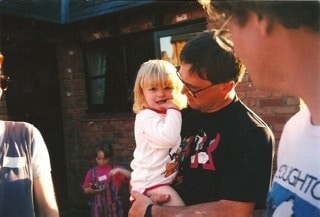 And as the years dragged by, it grew, got chopped, grew again, had fringes cut in, grown out, was curled, straightened and crimped (sorry, it was the 90s) to within an inch of its life.

It even received some streaky highlights for my prom, which in hindsight were a bit of a bad idea. But the streaks aside, the colour faded throughout my childhood from the sunny white blonde to a mousy light brown, without any urge to go the full dye to any shade.

So now I’m twenty, still mousy brown, and writing for a ginger-inspired website. The irony is not lost on me.

It all began a few weeks ago when I went searching for a temporary hair dye. This in itself was the greatest mission of all. Did I miss some massive government health warning or product recall of all of the temporary hair dyes?! I’m not imagining it, am I? You did used to be able to buy sachets of hair dye, for around £1 each? Yeah, well you can’t do that anymore, FYI. 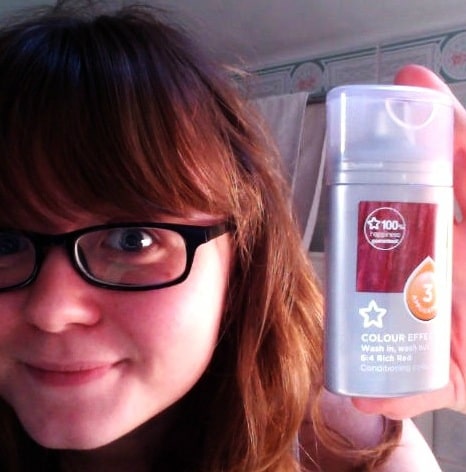 The closest you can get is in Superdrug, Their own brand wash-in colour lasts 2-3 washes, and is called Colour Effects. It’s available in a couple of ginger shades, if you’re looking to come to the red side. There’s a copper and a rich red, which is the one I tried.

The first time I tried it, I followed the instructions very carefully; I didn’t want any major disasters (I tweeted the whole experience for your enjoyment, did you catch it?). I left it on for 5 minutes and washed it out…there was barely any change. I was both relieved and frustrated.

The next night, I tried again. I used about five times as much of the stuff and left it for about 20 minutes, sitting in the bath with a shower cap on and pushing it into my head to make it stay. Sounds a little irrational, I know, but I didn’t want another mess-up.

That definitely helped. The 20 minute thing, not the pushing the shower cap. I think. The hair had definitely gone a shade of red. It didn’t look particularly natural, and one side, for some unknown reason, seemed a lot redder than the other. But the dye seemed to have done the trick. Win! 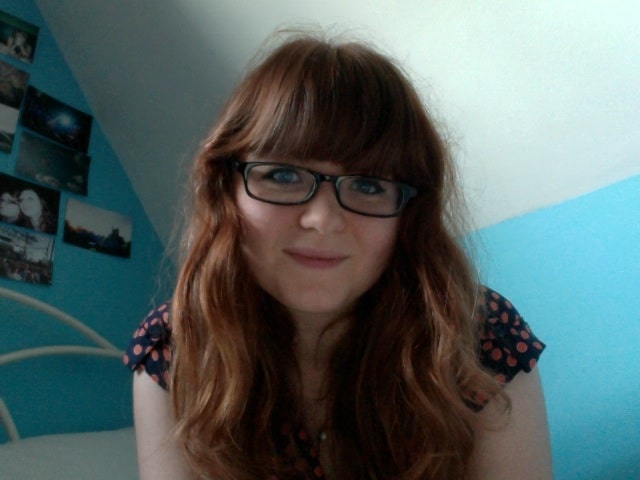 Here’s my first try, with Superdrug’s Wash in, Wash out, Colour Effects in Rich Red. No cigar yet!

It took my dad precisely 4 minutes before the “ginge” comments began. I gave him a scathing look and then he spilt his drink down his shirt. 1-0 to me.

The colour lasted about three washes before it had disappeared completely. It was by no means the red shade it advertised on the bottle, but I suppose the resulting colour depends on your natural hue.

If you’re after a change for a few days, maybe for a fancy dress party you really want to go all out, the Superdrug Colour Effects range should be where you go. Besides, there’s not a lot else out there in the temporary hair dye department anyway.

So please, stay tuned and follow my journey as I go to the ginger side. The aim is to get this all sorted before we head to Breda, Holland, for the Redhead Festival in September. It’ll be fun, I swear!