For my eldest son’s third Christmas I ordered him one of those books you can personalise with a name, so the child feels like the hero in their own adventure.

The website offered a choice of illustrations of three boys to take the lead in the story – but there was no ginger option.

I bought it anyway, and my son enjoyed it, but I’d love to see more endearing redheaded characters in children’s books. There aren’t as many as there should be, and often they are faithful sidekicks rather than heroes.

Here are some of my favourite fictional redheads to inspire ginger kids, some of which I’m yet to introduce to my boys. 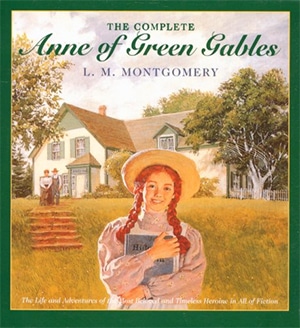 Some might think the plucky orphan from the classic Canadian novel an odd place to start in a roll call of inspirational redheads, because at the beginning of the story she loathes her red braids and freckles.

But Anne has such sass! She breaks a slate over the head of her rival Gilbert Blythe when he dares to jeer, ‘Hey, Carrots!’ Not behaviour I’d encourage my lads to imitate in later life, but I do admire Anne’s bravery, and she eventually learns to love her auburn hair.

Anne is mistakenly adopted by brother and sister Matthew and Marilla (who wanted a boy). Her vivid imagination and the scrapes it leads her into turn their sleepy town upside down. Over a century since the book was written, Anne is still one of literature’s most iconic redheads, revived for a fresh generation of gingers with a new TV adaptation. 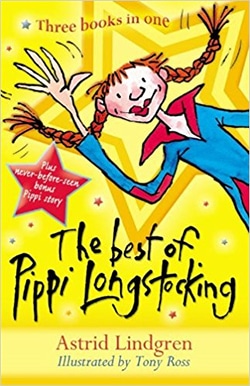 Not as well-known in the UK, but in Norway, where I spent four years of my childhood as an expat, Swedish author Astrid Lindgren’s creation Pippi – with her fantastic, gravity-defying ginger pigtails – was every child’s hero.

With the blessing of her peculiarly lenient father, Pippi lives in her own house with a horse and a pet monkey, Mr Nilsson, where the neighbouring children Tommy and Annika visit to have adventures.

She is full of fun with a superhero’s strength, a loyal and generous friend who tells fabulous stories and sticks up for herself and her friends around bullies (whether big or small). What’s not to love? 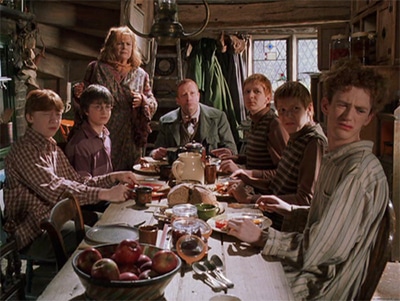 My boys are not yet old enough to meet Harry Potter’s sidekick (I cannot wait until they are) but Ron is probably the best known ginger in children’s literature.

Rowling created a whole family of redheads, each with their own part to play in the journey to defeat Voldemort.

Ron may not get his name on the cover, but from the moment he sacrifices himself to save Harry in a daring game of life-size chess, his essential role in Harry’s mission is cemented.

My favourite Weasley though is Ginny. She’s fiery and tough but also funny and self-assured enough to get on with her life and start dating other boys rather than moping, when her crush on Harry is unrequited (which of course has the welcome side effect of making him realise how great she is). What a role model!

Another faithful sidekick, Ginger is one of scruffy schoolboy William Brown’s gang of ‘Outlaws’ alongside other members Henry and Douglas.

Ginger is William’s best friend and occasionally takes charge in his absence as the tousled foursome spend their school holidays having adventures, standing up to bullies and causing mayhem.

I spent many happy hours enjoying the wholesome fun and japes of William and Ginger, and look forward to introducing my own scruffy rascals to the books in a few years. 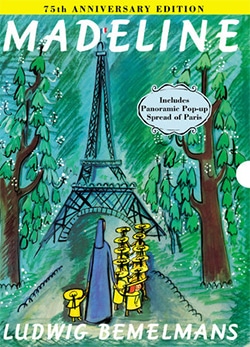 “In an old house in Paris that was covered in vines, lived 12 little girls in two straight lines…”
This classic, written entirely in comforting rhyme, is already one of our favourites. Madeline is the smallest of the 12 girls in Miss Clavel’s boarding school class, and the only redhead. She’s also the cleverest, the most daring and knows her own mind. 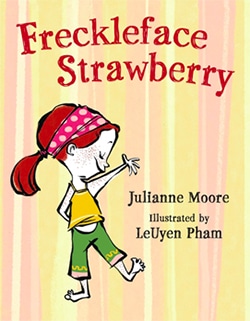 We’ve just discovered this series by ginger actress Julianne Moore, about a little redhead who hates her freckles and tries to think of ways to cover them up, until she decides it’s better to live with them.

It’s a fun book with vibrant illustrations and an important message for ginger kids about learning to love the fact they are different…just like everybody else. 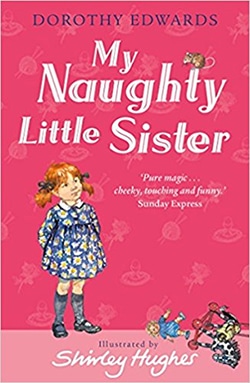 I was looking through some of my old favourites when I spotted that my naughty little sister, in Shirley Hughes’ illustrations, was a redhead.

Cheeky, stubborn and full of mischief, she’s more of an anti-hero! But whatever the decade, sometimes we all love to be a little bit naughty.

My favourite bit, still so memorable years later, was when my naughty little sister snuck into the kitchen at a party and, together with her friend Bad Harry, polished off a whole trifle! I know my boys will love these timeless stories, and no doubt get all sorts of ideas for mischief from them too.

This music, cheese and cat-lover joins the GP team not as a ginger herself but as mum to two ginger boys.Following a misspent youth memorising musicals lyrics, Becky worked as a journalist and PR in London before moving to Kent where she now lives with her ginger-ish husband and absolutely gingerful rugrats.Becky spends most days running her offspring like puppies at National Trust properties and most evenings recovering with her crochet, The Walking Dead and a glass of Baileys.Other passions include cookbooks and scooping eleventy billion tiny pieces of LEGO back into their box every night.