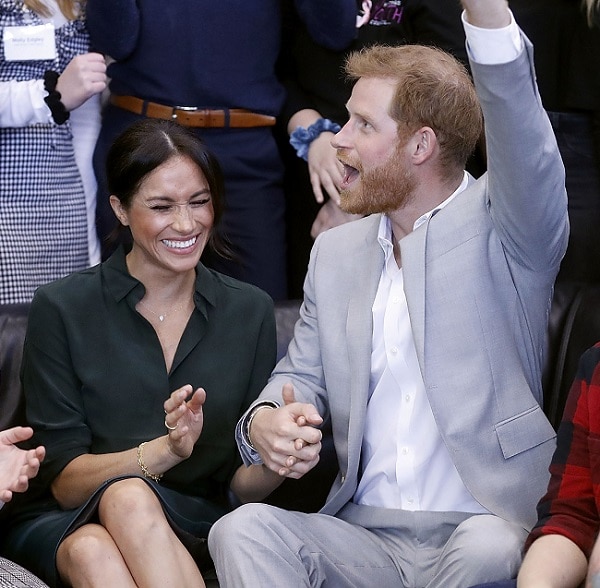 The British public, nay, the world, continues to bask in the gingerful glory of Prince Harry’s beacon of red hair. Redheads everywhere rejoiced that the Royal Family’s ginger gene came out to say “Hi” in the form of the prince, who is both proud of his gingerness as well as happy to accept banter from his big brother.

So it’s no surprise that the world (the gingercentric one, at least) was very much absorbed by Prince Harry’s wedding to Meghan Markle (which happened to take place on the same day as Redhead Day UK 2018, how great is that?!). And since then, the big question has been…

Will Prince Harry and Meghan Markle have ginger babies?

Now that the happy news of Prince Harry and Meghan Markle’s new royal sprog has arrived *squeals*, people will be no doubt be placing bets on the shade of the new Earl or Lady’s hair colour!

Having a ginger baby is like winning the genetic lottery, particularly if both parents don’t have red hair themselves, much like Princess Diana and Prince Charles. But in this case, we already have one full-blown redhead, plus one non-redhead. So, what are the odds?

As we know, red hair is recessive, so must be present in both parents’ genetics for the possibility of gingerness. If one parent doesn’t carry the ginger gene, the child will definitely not be ginger – both parents must carry it, whether they are redheads themselves or not.

While Meghan Markle is mixed race, this doesn’t necessarily mean she doesn’t have the MC1R ginger gene in her DNA. She may be what we like to call a ‘secret ginger’, carrying it from generations, and passing on to her children too.

Let’s speak scientifically for a moment. If Meghan does have the ginger gene, the couple has 50% chance of having a ginger baby. See below table for how this works.

If, however, the more likely outcome is that Meghan does not carry the ginger gene, then it is actually impossible for her children to have red hair. By looking at her family members, her half brother Thomas Markle Jr has red hair, so it’s possible that the red hair gene came from his mother. Meghan is quite freckly, so that’s a good indication of the ginger gene, so who knows?

Whatever happens, as Prince Harry carries the ginger gene, his children will receive a copy of it, which means there will be plenty of possibility for ginger offspring in later generations.

READ: Will I Have Ginger Babies?

What are the odds that Prince Harry and Meghan Markle’s baby will be ginger?
Ginger Parrot February 15, 2021

Will I have ginger babies?
Ginger Parrot November 9, 2020

Is royal baby Archie’s name a hint at him having ginger hair?
Ginger Parrot May 8, 2019

What are the odds that Prince Harry and Meghan Markle’s baby will be ginger?

Is royal baby Archie’s name a hint at him having ginger hair?

Could the new royal baby boy be ginger?