Mock-ups of the soon-to-be inaugurated redhead emoji candidates (all being well) have been drafted for recommendation by the emoji gods that are Unicode Consortium, who have also revealed how the new ginger characters will be implemented on smartphones come mid-2018.

Rather pleasingly, it looks like we’ll get the same freedom as other hair shades and skin colours (and quite rightly, too), which are listed as ‘man, red haired’ and ‘woman, red haired’ on Unicode’s documentation. The idea is much the same as current emoji modifiers, whereby you first select the emoji and then change hair and skin pigment. 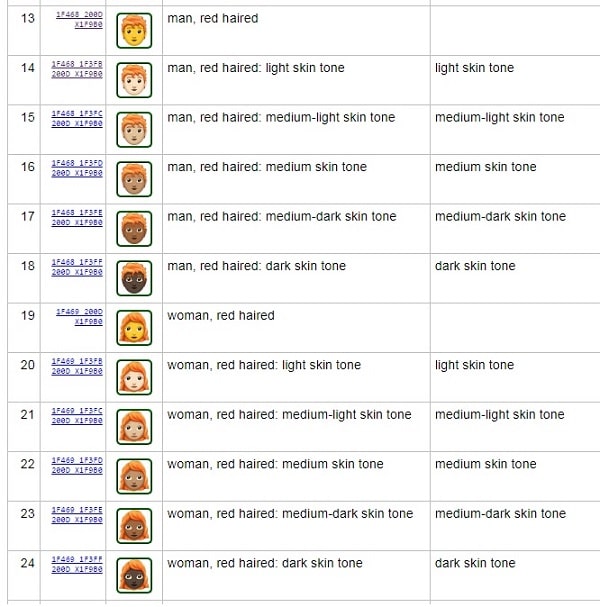 While it’s not 100% guaranteed that these ginger emojis will appear on smartphones in 2018, we’re feeling positive. Unicode and Apple have spent a lot of time discussing the need for redhead characters on emoji keyboards, and the final decision on which characters make the cut on the next software updates will be made at the Unicode Technical Meeting in January 2018.

In other news, the emoji world is devastated to find that the sad “pile of poo” emoji has been axed from Unicode’s latest curated list of emojis for release in 2018.