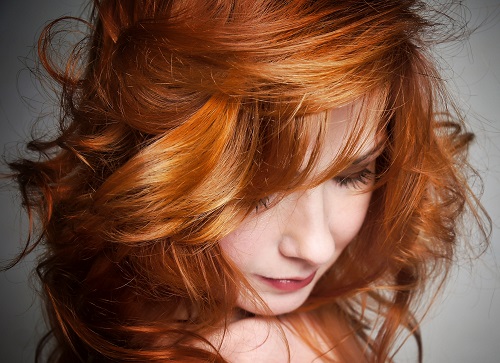 There is a lot of press this week on how having the MC1R ‘ginger gene’ can make you look two years younger on average (Ginger Parrot included, we admit). But in reality, this is ever so slightly incorrect.

The recent study of “perceived age” organised by Unilever and the Erasmus University Medical Centre in the Netherlands and reported in Current Biology, actually proves something a bit different.

Melanocortin 1 receptor (MC1R) comes in different variants and it turns out that the rarer variant of the gene mutation (the one that gives red hair, freckles and pale skin) is an indicator of ageing prematurely.

To put it simply, if you have the common variant of MC1R (which isn’t the one that gives you red hair – who we affectionately call “secret gingers”), you could look around two years younger, but natural redheads with the rarer MC1R variant could look two years older than their chronological age.

But let’s not get too hung up on this. The study wasn’t influenced by age, sex, skin colour, or sun damage. As we know, all of these attribute considerably to your physical appearance, and sun damage in particular affects perceived age, as over 90% of premature ageing is down to damage from UV exposure.

“I don’t want people to worry if they have got red hair. It is just one factor and there are many other factors,” said David Gunn, a senior scientist at Unilever.

“Genes’ effects are not fixed, they don’t determine our ageing, they interact with what we do.”

And if you think about it, with redheads being intolerant to UV exposure, we tend to wear more sunscreen even in lower levels of sunlight, as well as avoiding extended periods in the sun, which may help with this idea of “perceived age”. The reason why we fare quite badly in this study is because sun damage was taken out of the equation.

Previous Article
Ginger of the Month: May 2016
Next Article
‘Bluey’ definition