Agent Dana Scully from The X-Files has been my ginger idol since childhood. Saving Mulder, being a doctor, performing autopsies; there was nothing that Scully couldn’t do.

She’s the ultimate red-haired badass, so she’s my prime choice of Halloween costume!

And the cult classic will soon be back on our TV screens, as The X-Files returns for a six-part miniseries in January 2016 on Fox in the US, and UK release details to be confirmed.

Want to know the best part about dressing up as redhead Scully for Halloween? Recreating Scully’s outfit is so simple, and yet it still stands out above the rest. 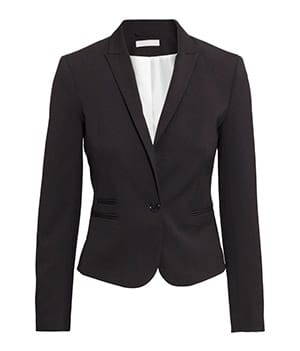 A blazer with trousers are the essential parts of FBI Agent Dana Scully’s character. If the shoulders aren’t padded, shove some tissue in to give it the Nineties look. 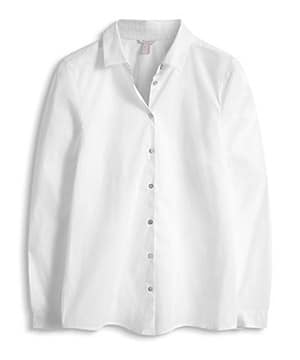 A crisp white blouse with a collar will be most notable under your blazer and shows that you mean business. 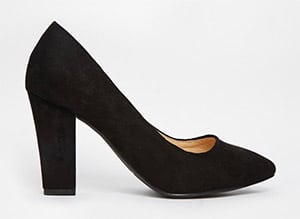 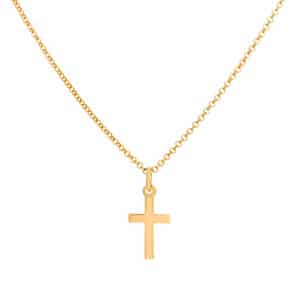 A gold cross was given to Scully on her 15th birthday by her mother and holds a lot of symbolism of her faith throughout the series. 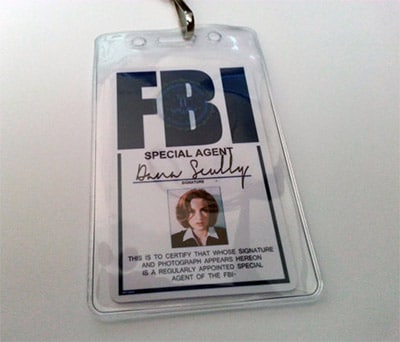 As a FBI agent, it’s essential to have a badge to get on crime scenes and into places you normally couldn’t – though obviously this is a fake!

Last, but certainly not least, is the all-important identifier that you are Dana  Scully: your beautiful ginger hair. If you are lacking in the ginger gene, fear not! Get a wig that looks just like Scully’s ‘do.

And to finish it off…

Perhaps a replica gun and handcuffs to complete the FBI effect? All in all, Scully is a favourite to dress up as – most people will recognise you and you can geek out together as you anxiously await the new series to be released.

Molly comes to us all the way from sunny California, U.S.A.! Making home movies with friends at an early age has led Molly to become a Film and TV fanatic. You can catch her yelling angrily at horror movie victims, or rewatching one of her faves, LoTR, for the 400th time.Nicknamed ‘The Mollinator’, this redhead lives for positivity, and is sure there is a correlation between her love for life and her daily coffee intake. She may have an unnatural fear of escalators, but her biggest ginger accomplishment was being called Merida by every child while working at Disney World.On a regular day, Molly can be found passionately reblogging adorable kitten gifs (ginger ones, OBVS), or staring at the ocean for the existence of mermaids and the Loch Ness monster.