Learning about the genetics responsible for natural red hair is just mind-blowing. It takes just two copies of a recessive gene on chromosome 16 which causes a mutation in the MC1R protein and BAAAAM, you’ve got yourself a gloriously ginger baby. It’s that simple.

And to think that less than 2% of the world’s population are natural redheads.

Allow me to blow your mind a little more. Recent research suggests that silver cats, yes CATS, may be able to help prevent skin cancer in red-haired humans (and cats). 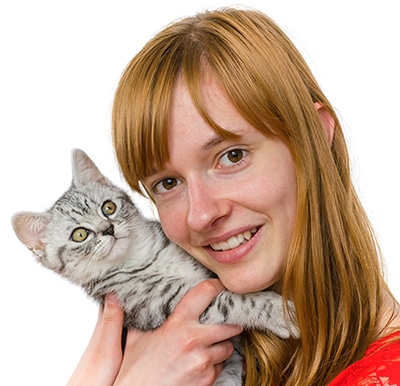 Every redhead should be well aware that they are at an increased risk of skin cancer, but it’s a fairly new discovery that, instead of our pale skin, it’s actually the reddish pigment in our ginger hair, pheomelanin, that puts us at higher risk of skin cancer. Click here to find out more.

But through tests conducted on mice, scientists have discovered that mice with the same colouring as redheads could lower their chances of getting melanoma by blocking the red pigment of their hairs.

With this in mind, the researchers next looked at silver cats, whose DNA can regulate the production of pheomelanin. Like redheads’ appropriately named ‘ginger gene’ (AKA MC1R), the gene in silvers cats have the ‘silver gene’. The silver gene is known as a modifier gene, a melanin inhibitor, able to reduce the amount of colour that can show up in a cat’s fur.

Because of this, scientists believe that studying cats with silver fur could be a considerable step towards treating skin cancer in redheads. A $10,000 grant has consequently been awarded to the Winn Feline Foundation, with the aim of identifying the mutation that causes silver cats’ fur colour and blocks red pigments.

Winn Feline Foundation’s Dr Barbara Gandolfi commented: “We clearly still don’t fully understand how pigmentation works, we still lack the knowledge about all factors influencing the process. If we know how to turn off pigment production, we could target in humans the same protein and reduce the expression.”

Pretty neat, huh? Stay tuned for more information as we learn of it, but in the meantime, find out how to check your skin and moles for changes.