According to health studies, natural redheads are less sensitive to anaesthesia, are vitamin D deficient, and more likely to develop skin cancer. You could say we’ve got a lot to worry about.

But gentlemen of the ginger tinge, listen up! New research shows that redhead men are 54% less likely to develop prostate cancer compared to those with other shades. 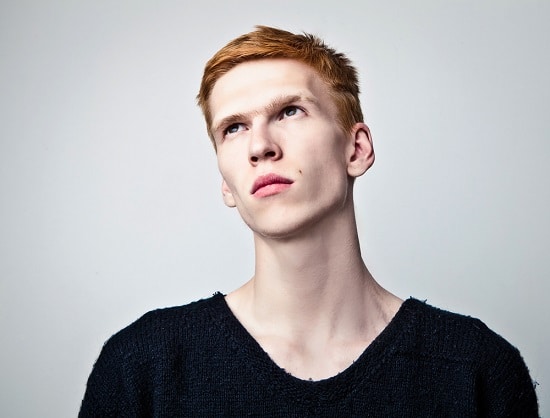 Scientists aren’t certain why our mutated MC1R gene has this effect, but it’s believed that the part of our genes that dictate hair pigmentation also controls tumour development and the way some cells divide and grow.

All we know is, our ginger powers are pretty great. Weird, but quite wonderful.

Published online in the British Journal of Cancer, the study conducted by Finland’s National Institute for Health and Medicine, and the US National Cancer Institute, looked at long-term results of research that began in the late 1980s.

From these results, it was calculated that men with red hair are 54% less likely to develop prostate cancer than other hair shades.

But, let’s not rejoice just yet, because researchers stressed that only 1% of the men studied had red hair, compared to more than 40% with light brown hair.

Dr Iain Frame, director of research at Prostate Cancer UK, said: “This research does indicate an association between having naturally red hair and a reduced risk of developing prostate cancer.

“But the strength and exact nature of this association is still unclear.

“We would not wish any man with red hair who has a concern about prostate cancer to hold back from seeking advice.”

Further studies are now underway, in the hope to trace the connection between the ginger gene and risk of prostate cancer.

Previous Article
The Most Redheads On A Plane?
Next Article
Get Ready for Redhead Days 2013!

The never-ending debate of redheads and anaesthesia
Ginger Parrot August 23, 2018

The never-ending debate of redheads and anaesthesia