Redheads, are you applying enough sunscreen?

Redheads, are you applying enough sunscreen? 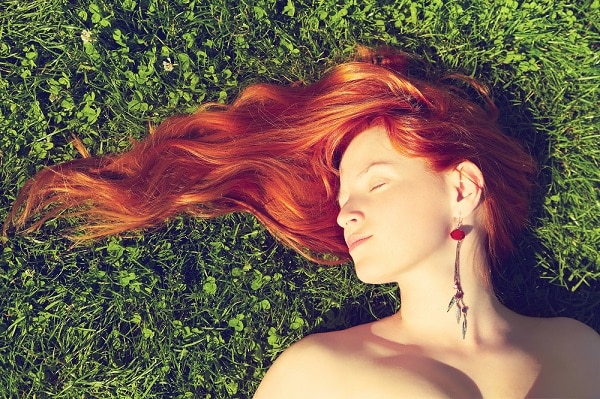 British redheads can usually count on having a fairly bearable summer. Mostly rainy, cloudy, and occasionally sunny, generally the UK is not known for heatwaves, droughts and wildfires.

But not this summer.

Temperatures in many parts of the country continue to soar above 30°C (86°F) and WE JUST CAN’T HANDLE IT. Fans, wet flannels and shade-hopping aren’t helping ginger Brits in this hellish heat. Heck, we’ve even tried not going outside at all.

Instead, armed with sunscreen, us redheads honourably brave the outdoors, and yet sometimes, we get caught short. So if you’re finding that you’re getting sunburned despite applying sunscreen, it could mean that you’re not slapping on enough product, or aren’t reapplying it often enough.

It’s worth pointing out that the SPF number given to a sunscreen product is based on the assumption of a 2mg dollop covering 1 sq cm of skin, making it 6 full teaspoons (36g) minimum to cover an average adult’s body.

Let’s break this down. The British Association of Dermatologists recommends the following…

More than half a teaspoon per area:

Then more than one full teaspoon per area:

Trickier areas such as the sides of the neck, temples and ears are often missed, so pay extra attention to these.

By not fully covering areas with sunscreen you’re reducing the effectiveness of the SPF you’ve applied. For example, the British Association of Dermatologists say that “only applying half the required amount can actually reduce the protection by as much as two-thirds.” So if you think about, this brings your SPF 50 down to under SPF 20.

How often do I need to reapply sunscreen?

Now that you know how to cover yourself adequately, you need to remember to reapply.

You should apply your first batch of sunscreen 15-30 minutes before going out in the sun to allow it to dry. Then you should apply again shortly after heading outdoors to cover any missed patches and to also make sure you’re wearing a sufficient layer (because the first layer won’t likely be enough).

Following this, you should reapply at least every 2 hours, and always immediately after swimming, towel drying or if it has rubbed off at all. Beware of ‘water resistant’ sunscreens too, as these are classed why whether the SPF number drops by up to 50% after two 20-minute periods immersed in tap water – it’s not foolproof. Also, up to 85% of a product can be removed by towel drying.

Reflection of the sun’s rays is another factor to consider, as this increases the power of the UV radiation. Snow increases sun strength by up to 85%, sand up to 17%, and water up to 5%, so bring your reapplication times closer together accordingly if you’re exposed to any of these.

Of course, also consider the fact that you’re ginger – your skin is much quicker to burn than other skin types, so reduce gaps between your reapplications even further!

We know that covering every inch of skin with sticky, greasy sunscreen is the bane of every redhead’s summer, but there’s no point in doing it at all if you’re doing it wrong!

Visit the British Association of Dermatologists for more information

Cute and creative nicknames for redheads

Rutiluphilia: The Fetish of Redheads