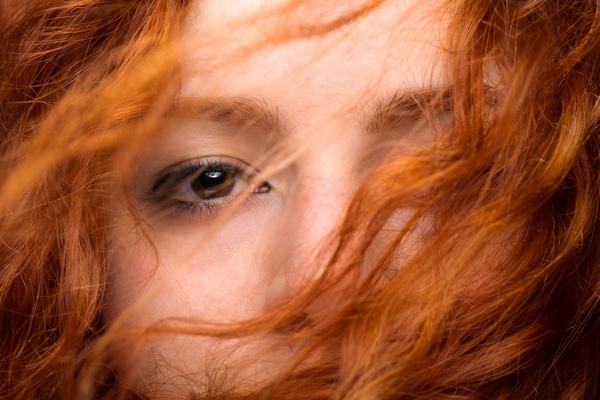 Do you need another reason to prove that ginger power is highly underrated?

As if being a ginger wasn’t fabulous enough, the health benefits of the medicinal herb make the name all the more special to redheads.

As we know, ‘Ginger’ is the highest compliment that can be given to anyone and now we are here to tell you that all gingers and non-gingers can reap the benefits of the herb’s superpowers.

Used alone or added with other herbs, ginger has been used for thousands of years to treat a variety of ailments.

Yep, we know it sounds a bit bizarre, but the ginger spice is a long-standing natural remedy known to settle stomachs.

Lots of research has been poured into how ginger spice calms stomachs in times of motion sickness need, and it’s very mysterious.

But the one thing that came out of a study was that ginger’s active compound, 6-gingerol, works by enhancing ‘gastrointestinal transport’. The less said about that the better!

Speaking of stomachs, ginger stimulates gastric and pancreatic enzyme secretion. By doing this it improves the absorption and stimulation of the essential nutrients your body needs from the food you eat.

Ginger has anti-inflammatory properties that can keep you from ingesting so many medications. Just run a warm bath and add ginger to soak those achy joints away.

Ginger root acts as an antihistamine and decongestant. Try a tea with ginger in it to soothe those cold and flu symptoms.

Not feeling so hungry? Well, get those digestive juices fired up before your meal to stimulate your appetite and absorb those nutrients.

Several studies have reported that ginger powder may be suitable for treating the early stages of ovarian cancer.

The studies explained that when the cancer cells were exposed to the powder during early stages, it resulted in the death of these cancer cells by either apoptosis (suicide) or autophagy (digested/attacked themselves).

Either way is OK with us, right ladies?

There have been studies on this and the results show that ginger may reduce protein levels in the urine, decrease water intake and urine output, and reverse kidney damage caused by too much protein in the urine.

It also may protect the nerves in diabetics and lower blood fat levels. But always check with your doctor to make sure it’s OK to ingest ginger.

If you have ever suffered from migraines, you know it isn’t just a headache. The pain can be intense and you may not have a migraine medication on hand, and sometimes, sumatriptan medication can have some adverse side effects.

Ginger powder can be just as effective as migraine pills but without nasty side effects. Enjoy the freedom from pain without trading one ailment for another by opting for a ginger tea.

If you have a tendency for being chilly, exceptionally cold hands and white fingertips, then give ginger a whirl.

It has been known to stimulate the circulatory system by relaxing blood vessels and promote sweating. It has a very warming effect so you won’t be chilled to the bone.

Spice up your sexual appetite with your lover. Yes, that’s right; ginger has been credited with aphrodisiac properties.

For centuries, ginger has been used to increase libidos because of its scent and the stimulation of the circulatory system.

Spice up your life and your sheets! Ooh la la.