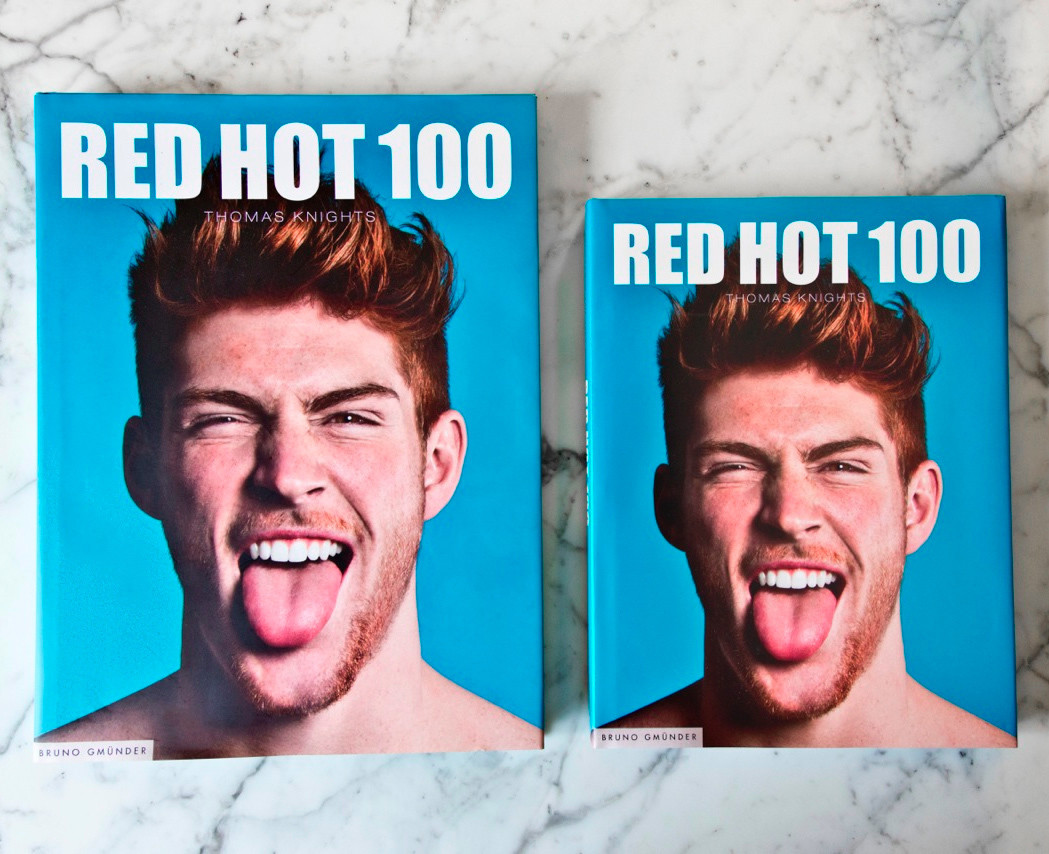 With ridiculously vast worldwide coverage of his RED HOT exhibition in London in December 2013, going on to achieve international press from Conan O’Brien’s Late Night Show, Buzzfeed, and BBC’s The One Show, Thomas Knights is back with a bigger, better and more ginger project than ever before: RED HOT 100.

Displayed as a hardback coffee table book (choice of 11" or 13" size), RED HOT 100 features photographs of “the 100 sexiest RED HOT guys in the world”, and is merchandise from Knights' touring exhibition of the same name, which has so far hit London, New York, Berlin, Amsterdam and Breda, the Netherlands.

RED HOT originally launched in 2013, aiming to ’rebrand the ginger male stereotype’. The project is in line with the Anti-Bullying Alliance, which supports its aim to change how gingers are viewed in modern society, particular males.

Exhibition photographer and natural redhead Thomas Knights said: “It amazed me how our western culture holds redheaded women to such high regard, almost the ‘ultimate’ female, and redheaded males in such low esteem; emasculated and desexualised in film, TV and literature.

“I wanted to flip this stereotype on its head and present the redheaded male as the ‘ultimate’ alpha male. Essentially, ginger boys desperately needed a rebrand and I felt like I was in a good position to do it.”

The 2014 calendars helped to raise more than £6,000 for various anti-bullying charities, so the hope is to raise even more money and awareness of those with red hair needing support, with a 2015 calendar now available. Together with the RED HOT 100 book, the project has now amassed over £25,000 for anti-bullying charities. A donation from the sale of each book goes to The Diana Awards - a charity set up in legacy of Princess Diana which celebrates young people and tackles bullying.

Save this product for later