Casting The Redhead: Why I Registered My Ginger Kids For TV Work

Casting The Redhead: Why I Registered My Ginger Kids For TV Work 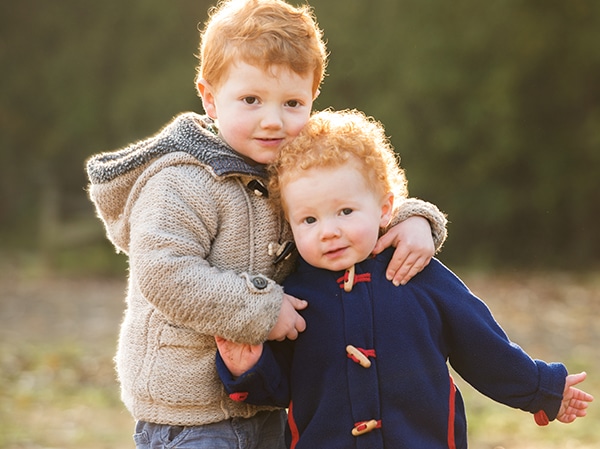 “Don’t they have gorgeous hair?” said the woman in front of us at the supermarket checkout, beaming at my two kids. “My son’s hair was that colour when he was young.”

It’s a rare week when a stranger in a shop, park or café doesn’t make a similar comment. It started when my eldest Jamie was tiny, and the attention increased when his little brother Eddie joined the gang with a halo of ginger curls like Little Orphan Annie’s.

People are almost always kind and complimentary, and unsurprisingly my boys relish the attention.

Last autumn my cousin encouraged me to register three-year-old Jamie on a casting website. He’s quite chatty, and I thought it would be fun to go to a casting if the opportunity arose, so I uploaded a photo.

A week later an email from a London agent dropped into my inbox. They loved Jamie’s hair, and wanted him on their books. 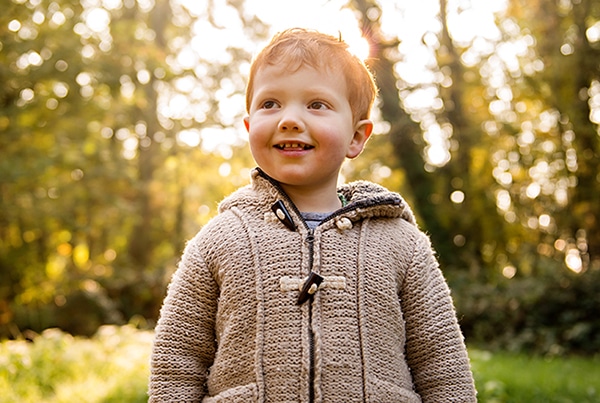 I was delighted. I know the attention the boys’ ginger hair attracts won’t always be favourable, and at the back of my mind I worry they may face teasing one day. So I want to encourage them to celebrate their gingerness and see it as a positive.

Two months later we were asked to submit a ‘self tape’ of Jamie singing a song, and soon he had his first casting for a kids’ toiletries TV ad.

I felt like the new kid in town as we barrelled into the corridor where everyone was waiting, but Jamie showed no sign of nerves and marched in without a backward glance.

Ten minutes later I was invited in with one-year-old Eddie, and the casting team asked whether I’d be interested in them doing the advert together. My boys were shortlisted for the job, but it wasn’t to be.

Since then Jamie’s had six castings – some on his own and some with Eddie – and we’ve had a glimpse into this crazy world.

Not every casting has the same friendly feeling as that first one. Sometimes the waiting area can be tense.

But the experience has given us tales to tell. We’ve explored new-to-us parts of London, made our week more interesting with rides on the top deck of the bus, trips to museums and the LEGO store, and taught our lads how to use chopsticks in Chinatown after a late casting one evening, at a time when they’d usually have been tucked up in bed. 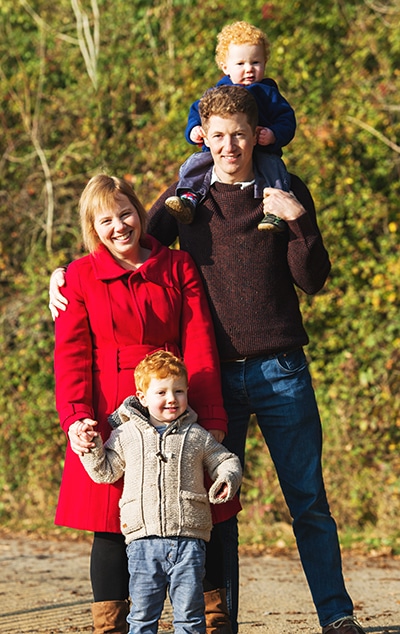 Most importantly it’s been great for Jamie’s confidence as a redhead, and was all worth it when, a couple of weeks ago, we heard he’d been confirmed for a supermarket ad.

He had a lovely morning trying on fun outfits, rehearsing, filming and hanging out on a stationary double decker bus during breaks. We’re excited to see whether he ‘makes the edit’ when the advert is aired later this year, and of course he’ll be paid a bit which we’ll put into his savings account. I’m sure he’ll be glad of it when he’s 18 and wants to go Interrailing.

Who knows whether other opportunities will come up, or whether Jamie just got one lucky break.

Either way, as we send him off to primary school this month, I hope the experience has empowered him to brush off any teasing he might face in the future, knowing his red hair is part of what makes him unique.

This music, cheese and cat-lover joins the GP team not as a ginger herself but as mum to two ginger boys.Following a misspent youth memorising musicals lyrics, Becky worked as a journalist and PR in London before moving to Kent where she now lives with her ginger-ish husband and absolutely gingerful rugrats.Becky spends most days running her offspring like puppies at National Trust properties and most evenings recovering with her crochet, The Walking Dead and a glass of Baileys.Other passions include cookbooks and scooping eleventy billion tiny pieces of LEGO back into their box every night.