Learning more and more about the history of redheads just makes us more and more certain that red hair is simply the most resilient and powerful of all hair shades. Proof of this is the discovery that gingerness goes back as far as 110 million years ago! 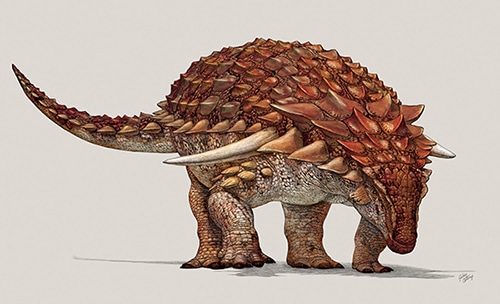 This nodosaur (a dinosaur with its own armoured shield – neat) was recently found to have a reddish-brown pigment to its outer shell, making it certifiably ginger in our eyes.

But it gets better though. The dinosaur has been named after one of its technicians, Mark Mitchell at the Royal Tyrrell Museum of Palaeontology in Alberta, Canada. And, what are the odds, that Mark is a fellow redhead, too! 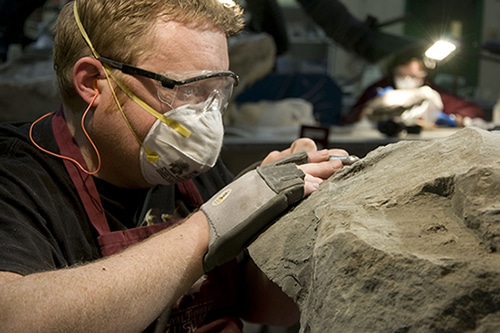 We spoke to Mark, who was just as excited as we were about his new namesake: “It is pretty cool and a remarkable coincidence that being a ginger is something I have in common with a 110 million year old extinct reptile whose fossil remains I prepared!”

Mark has spent every waking hour (nearly 7,000 of them) working on the nodosaur since its discovery in 2011, or, should we say, the ‘Borealopelta markmitchelli’, which translates to ‘Mitchell’s northern shield’.

Mark is a proud redhead, too (and quite rightly so): “I have always been proud of my red hair. I consider it to be one of my most distinguishing features.”

We like to think that the Borealopelta markmitchelli felt the same way, too.