TFI Friday Is Back And There’s So Much Gingerness

TFI Friday Is Back And There’s So Much Gingerness

Earlier this year, the internet/TV/radio/our lives broke when ginger genius Chris Evans’s TFI Friday came back to our screens for its 19th anniversary show.

June 2015’s episode was treated like a goodbye party, after the show’s surprise cancellation back in 2000.

But it wasn’t “goodbye”. It was “see you in a few months, actually”.

THAT’S RIGHT. TFI FRIDAY IS BACK.

The comeback episode was so popular, with a whopping 4.2 million viewers, that there was no choice but for Chris Evans’s company Ginger Productions (amazing, right?) to revive the show for at least one series on Channel 4.

In 10 full-length episodes, our ginger brother from another mother, Chris Evans, will deliver the endlessly ludicrous, insane and hilarious Friday night TV show.

Expect heaps and heaps of ginger jokes and jibes, as always, and the show’s sponsor is all sorts of gingerful, too, which just makes us all the more excited. 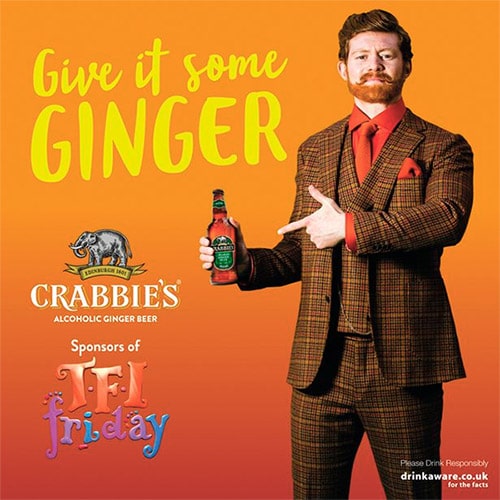 Crabbie’s alcoholic ginger beer is the official sponsor of the show, with the tagline, ‘Give It Some Ginger’.

You can count on us, Crabbie’s.

Catch the new series of TFI Friday on Channel 4 from Friday 16 October at 8pm, or catch up online.