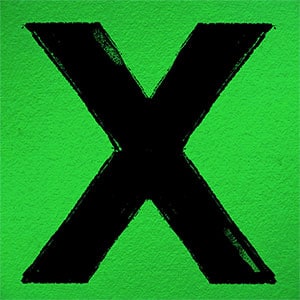 Okay, so we all know that Ed Sheeran is on fire right now in the music industry (in more ways than one) and excitement is buzzing among Sheeran fans worldwide as we eagerly await the release of his second studio album, ‘X’.

The ginger musician has already released a single from the soon-to-be-released album called SING. Admittedly, I was taken aback when I first heard it – it’s a bit different from Ed’s previous stuff.

However the more I listened to it, the more I really started to admire the new Ed. It’s extremely catchy and uplifting – and that vocal range is just…WOW!

Sorry, back to the album.

Ed posted the intriguing tracklist to ‘X’ on his Instagram account on 9th April – arousing many suspicions as to what – or who – each song is about.

In fact, it is rumoured that the song ‘Tenerife Sea’ is dedicated to Taylor Swift – unsurprisingly – and I’m taking a wild guess that ‘Nina’ just might be about Scottish musician Nina Nesbitt, who has toured with the ginger musical genius in the past.

The album is available to pre-order now on iTunes and is due to be released on 23rd June.

Music: Like I Used To by Lucy Rose
Ginger Parrot September 27, 2012