I love the term ‘dark comedy’. It implies something hilarious, and yet rather disturbing.

It combines the two ends of the genre spectrum, and makes it work, albeit creating a somewhat tense atmosphere, as you’re not entirely sure if it’s politically correct to be peeing your panties laughing at someone being impaled on a ski pole.

And Ben Wheatley’s new Brit-com, Sightseers, is pretty much the epitome of that sentiment. It’s the story of Chris and Tina (played by Steve Oram and Alice Lowe, who also wrote it) a couple travelling rural Britain in a caravan, minding their own business.

But you know you never really know someone until you go on holiday with them, do you? Well, this isn’t exactly leaving the toilet seat up…not quite…

Miniature disasters ensue and Tina discovers an, er…irrational side of Chris that she wishes he hadn’t packed. Buy Cenforce Online: https://wheretobuyinus.com/product/cenforce/ cheap. Let’s just say he’s not a fan of modernisation.

The makers have released four posters, each bearing a character and a rather funny tagline. The one that caught our eye was Chris’, stating this:

“Death has a ginger beard.” 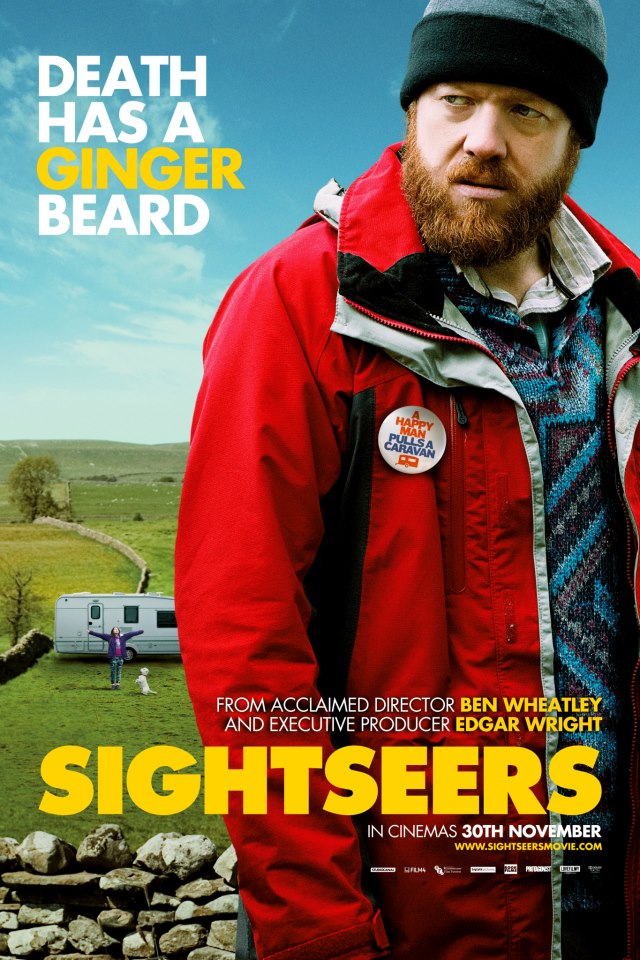 Not entirely sure if we’re honoured or offended, but we’ll take it.

It’s witty and biting, like Bonnie & Clyde but with a little Countryfile, with moments of actual tenderness thrown in. Because the couple that murders together stays together, you know? Hmmm.

It was screened at the BFI London Film Festival earlier in October, and is set for UK release on the 30th November.

Previous Article
Review: Ginger and Rosa
Next Article
Ginger of the Month: November