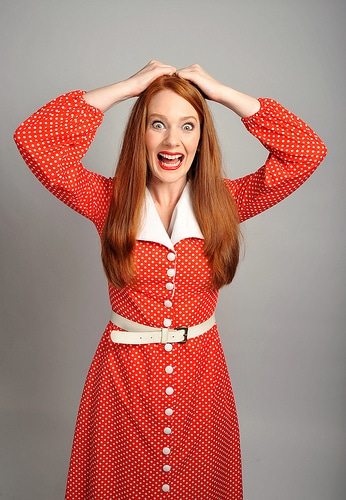 If I told you that you had ‘Bad Taste’, how would you feel? A bit peeved, right? Well, what if I said you had ‘Exquisite Bad Taste’? A bit confused?

Well, I’m here to tell you that this is actually one of the highest compliments, especially where your taste in comedy is concerned.

Are you following yet? I’ll explain.

On Saturday 7th July, I battled (typically British) wind and rain to reach Banana Cabaret in Balham, London, for a splash of much-needed comedy. So, arriving late, flustered, and frizzy, I snuggled into my seat ready for my cares to be washed away. Not by the rain, but by humour.

Once settled in, the lights dimmed. And, swiftly swinging a glossy red mane of wonder, Diane walked on stage. She smiled a sweet and expectant smile at the audience, as if to say, “Are you ready?” and took a deep breath.

Then she spoke. Out of nowhere, words came out of Diane’s mouth that were raunchy, naughty, and above all, things that I definitely cannot repeat pre-watershed. It made me think, “Hang on, is she really saying these things, out loud?” Ohhh, my lordy.

And, making lighthearted jollity of life as a ginger, her quick wit and cheeky one-liners stunned each and every one of us unsuspecting souls. (When I say ‘souls’, don’t expect me to launch into a big hoo-ha about how gingers have souls. We do, and that’s the end of it.)

Diane’s comedy begins as a shock to the system, then develops into deep ginger love and admiration for her. She’s one to watch, but only if you can stomach it. 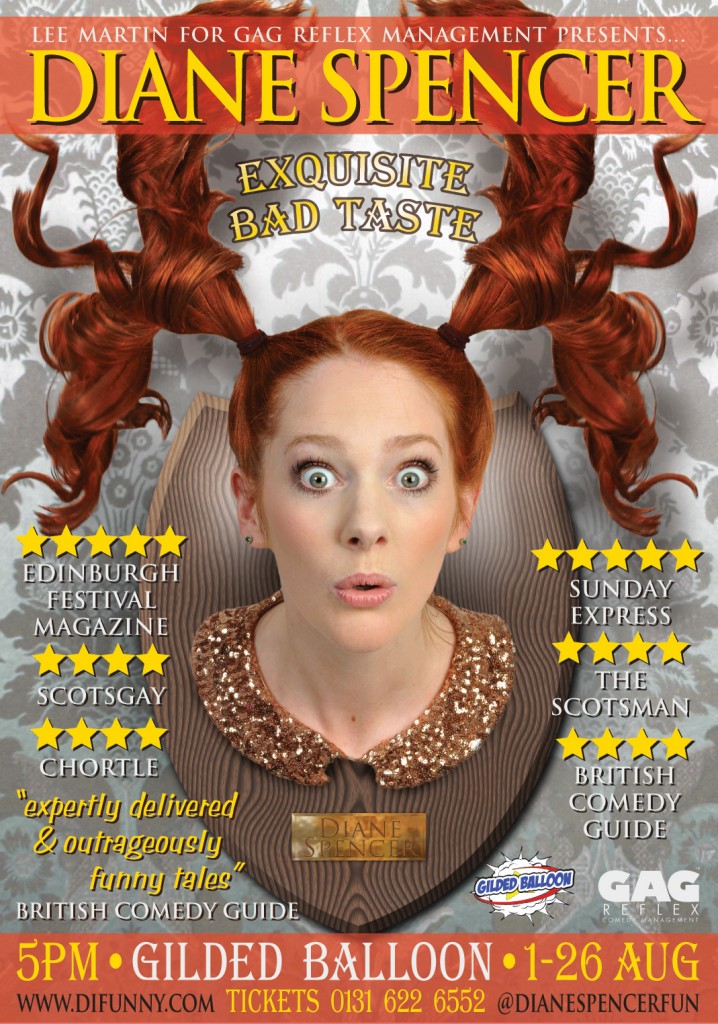 Don’t worry, you may have missed her at Balham Comedy Festival this year, but it’s the not the end of the world. Diane has got a busy summer ahead of her, including a long stream of dates at Edinburgh Fringe Festival on 1st to 26th August at the Gilded Balloon. Admission £10, bargain!

And here is a hilarious ginger-related project that she’s working on, a documentary called ‘Ginger Hunters’. It’s gingerfully brilliant!

Previous Article
The Sequel: My Journey to Ginger
Next Article
Life is Gingeriffic!