As if Pixar hadn’t been kind enough to us already, giving us such incredible animated films as Toy Story, Wall-E and Up, they’ve rolled out yet another masterpiece for us: Brave.

This will be the ultimate film of 2012. Guaranteed. And the best part? It’s a ginger film. 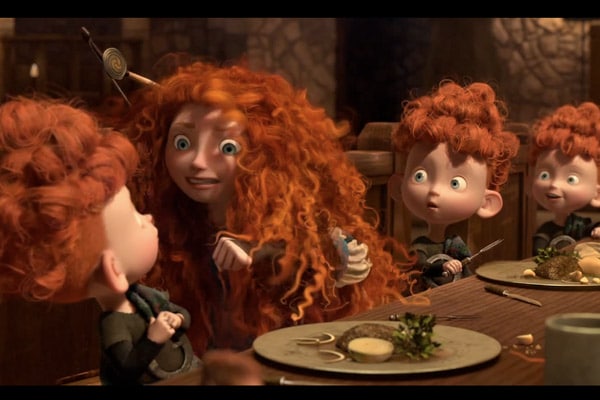 The fairytale follows skilled archer and all around fiery-tempered (and headed) Princess Merida (voice by occasional redhead Kelly MacDonald), whose determined and feministic character leads her to defy an age-old custom, which leads to chaos unfolding throughout the kingdom. A curse is placed upon her, so it’s a lovely old-fashioned fairytale to warm our hearts.

We don’t have to wait too much longer, either, set to release in Summer 2012. And to get us all excited, Pixar released a second trailer to the film.